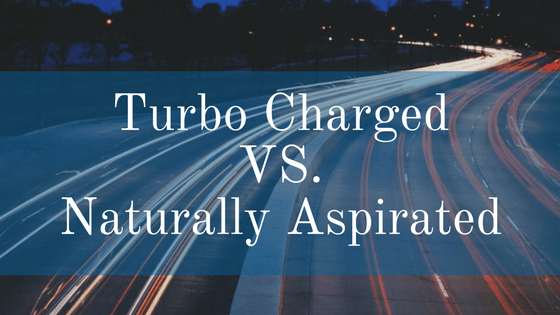 Increased strangleholds on emissions regulations, and global demand for more fuel efficient vehicles is making turbocharged engines the unstoppable future of automotive power sources. It would seem that long gone are the days of massive V8 engines with more displacement than Olympic sized swimming pools.

Ford has been blasting its Ecoboost engines for years, and the big 3 German’s (BMW, Audi, and Mercedes) offer nearly all of their models with a turbo bolted on. The big advantage of a smaller snailed motor is that car makers can boost efficiency ratings without sacrificing horsepower and torque.

But is the naturally aspirated engine cooked? Not just yet.

Modern technological advances have shed some light on what’s possible without the use of what legendary driver Tiff Needell calls a “crude” way of generating horsepower.

Turbochargers were invented in 1905 by a Swiss engineer by the name of Alfred Buchi, a diesel engine researcher at the Sulzer engine manufacturing company. He received a patent for use of a compressor to force air into an internal combustion chamber using exhaust gases to increase power output. In WW1, French engineers bolted turbo’s to fighter jets equipped with Renault engines with some moderate success. Ships with turbo diesels first came on the scene during the 1920’s.

In 1963, General Motors fitted turbochargers to the Corvair Monza and the Oldsmobile f-85 Jetfire – Porsche soon after turbocharged their 917/30 to 1500 horsepower.

Turbochargers enable smaller, more efficient engines to compete with the power and torque ratings of much larger engines. They’re increase in popularity in the North American auto market is thanks to stricter emissions, and it’s estimated that by 2016, about 40% of all light vehicles in the US alone were turbocharged, compared to 65% in Europe. This increase in efficiency is all because of air.

All engines generating power need to pump a specific amount of air to maintain a particular cruising speed. With the proper gearing, smaller engines require a wider throttle opening to pump roughly the same amount of air as a bigger engine. When this air pumping loss is lower with a wider throttle opening, smaller engines prove to be more efficient in their use of air/fuel mixture.

When we’re talking about driving experience, nothing beats the reliable nostalgia of a hefty V6 or V8. Because turbocharged engines can cause lag – when the turbine is spooling up to match the throttle response opening – naturally aspirated engines are superior at delivering consistent power levels throughout the engine’s entire powerband. Turbo’s typically take a moment to catch up to big changes in throttle compression, making for sometimes jerky acceleration.

As well, naturally aspirated engines feature great low-end power good for towing and hauling. This is why it’s taken so long for turbocharged alternatives to penetrate the pickup segment – capability.

It’s really up to you as a driver. In today’s market, it’s easy to see why turbocharged motors are becoming the way of the future. They are easy on the wallet when we pull up to the pumps. Even the Chevy Camaro features a turbocharged I-4 engine; considered heresy in the old days, but a powerful, efficient option today.

Both have their time in the spotlight, but we’re giving our nod of approval to the way of the future – the way of efficiency and, let’s face it – the way of more power. Turbo’s humbly ask for your patronage when considering your next auto purchase.