2017 was a year like no other. The world progressed forward in leaps and bounds in some ways, and took giant steps backwards in other ways; which ever way you spin it, everyone can agree that expecting the unexpected should be the outgoing motto of the past year.

The automotive world was no exception – in 2017, consumers were greeted with the unexpected, and Chevrolet helped lead that charge. The bowtie crowd were greeted with some wildly innovative products that openly embraced the environmental consciousness of the new generation of young drivers, and others that emboldened the classic blue collar vehicle identity we’ve grown to expect – and cherish – from Chevy.

Domestic brands like Chevy have upped their game in the last decade, and are enjoying the luxury of high resale values and coveted statuses as solid collectible and innovative specimens of modern automobilia. When researching the market in 2018, savvy buyers should be keeping their eyes peeled for these peak-condition models now, and into the future. In this post, we’ll take a closer look at the top Chevrolet vehicles of 2017.

The little brother of the Tesla-fighting Chevy Volt, the Bolt fundamentally changed the perspective of what modern automobile economics should look like. With a modest price tag of $25,495 (with the BC provincial government rebate and utilizing the BC SCRAP-IT Program), this subcompact electric vehicle boasts an impressive 383 km range thanks to a 60kWh nickel-rich lithium-ion battery system. That battery system packs an 8-year/160,000 km limited warranty, alleviating any concern over repairing an EV. And, this thing is smokin’ fast – that electric power translates to 266 lb-ft of torque and a blistering 0-96km/hr acceleration in under 6.5 seconds, capable of pacing the zippy Mazda Miata MX-5 sports car.

This performance and enviro-consciousness comes with some hardware, too. The Bolt was awarded 2017 North American Car of the Year, 2017 Motor Trend Car of the Year, and Green Car Journal’s 2017 Green Car of the Year – thanks in part to its innovative DC fast-charging capabilities, absorbing 145 km of range in as little as 30 minutes of charge time. The Bolt also features a unique enclosed flat underbody to help maximize efficiency and Regen on Demand, a paddle-induced braking system that helps convert energy lost to breaking into usable electricity for the battery.

Originally introduced in 1953, the Corvette has managed to compete with, and outlast its many competitors that punch well above its blue collar price point. For 2017, the Stingray badge welcomed new additions to user comfort like new paint and interior colours, carbon fibre exposed accents, wider tires, and an available removable targa-style top. This is by far the most luxurious, best handling, and most useable Corvette ever.

Further, it’s available in a few different trim levels, so buyers can customize their approach for performance and comfort. The Grand Sport package represents the mid level, while the track ready Z06 and its available Z07 performance package gets help from a supercharger to jump the already potent power plant to a zesty 650 horsepower… Eesh. 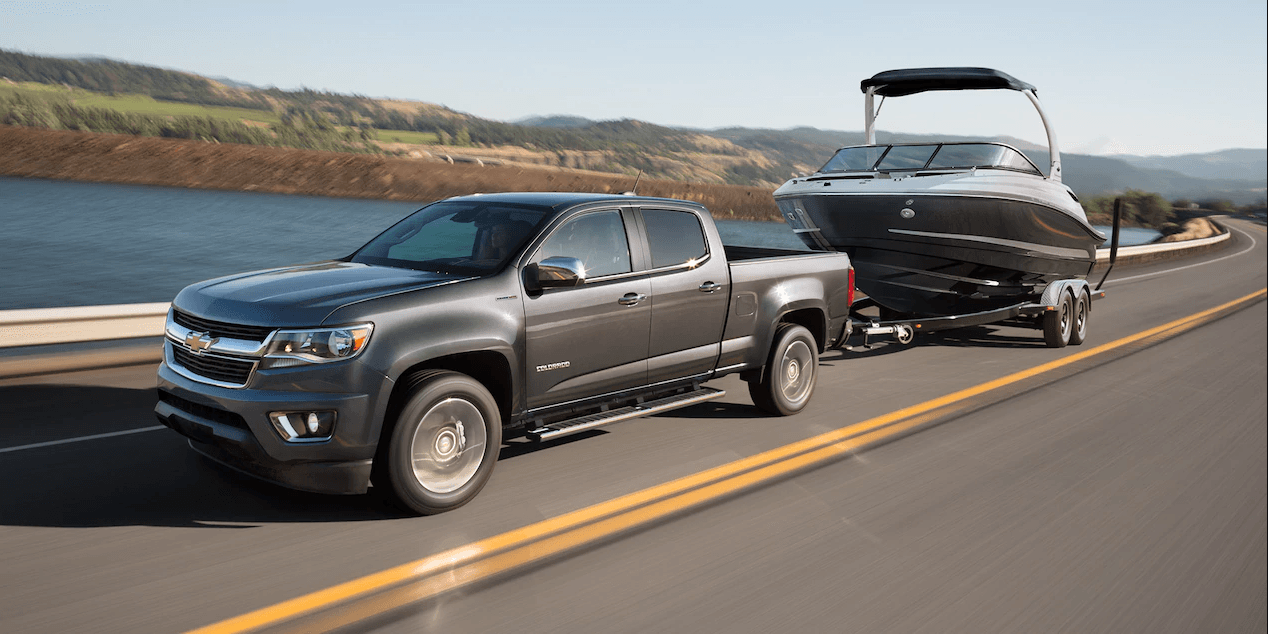 The midsize diesel pickup is a staple of European, South American, and Australian vehicle markets, and yet despite the global success and demand, the North American market lacked a diesel option until Chevrolet introduced an exclusive 2.8L diesel 4-cylinder engine with 369 lb-ft of torque and capable of towing a hefty 7,700 pounds – all while sipping fuel to the tune of 20MPG.

Perfectly suited for rugged off-road adventures and offering real-world towing/hauling practicality helped lift the Colorado above its competitors, namely the Honda Ridgeline and Toyota Tacoma. 2017 saw new innovations like cylinder deactivation capabilities to boost already impressive fuel economy, larger wheels, and a stunning 7 inch MyLink infotainment system. The model you should be watching for in 2018 and beyond in the ZR2 package, a sporty, diesel powered workhorse with a compact footprint and lockable front/rear differentials; the ZR2 package gets our nod as a special model for its durable personality, its dedication to balancing power and efficiency, and for filling the midsize diesel void consumers have been waiting on for years.

Chevrolet had a fantastic 2017 chalked full of crafty vehicle innovations, revivals, and introductions. These top 3 model picks humbly beg for your patronage in 2018 and beyond as worthy and credible options to buying new – while their 2018 updates only look to continue the ready-made pattern of success at Chevrolet.