Eagle Ridge GM | Driving | Where Are We Really With Self-Driving Cars..?

Where Are We Really With Self-Driving Cars..?

Different Levels Explained, Your Safety, And The Future 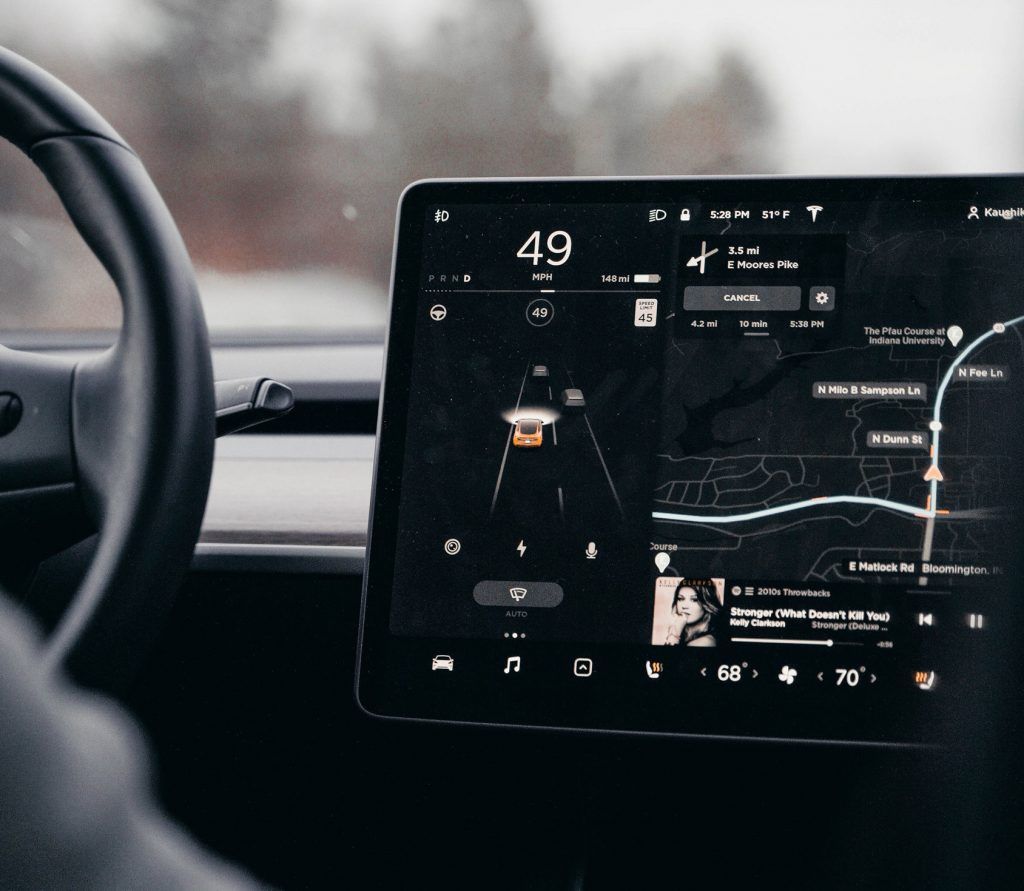 Did it ever occur to you that when you saw the ad on TV with the driver and passengers in a GMC Sierra Denali clapping their hands to "We Will Rock You" that they were demonstrating GM's Super Cruise..?  In this post, we will explore the topic of self-driving cars in more detail.  Here are the nuts and bolts, or more accurately, the zeros and ones of Super Cruise, Ultra Cruise, and the world of autonomous self-driving technology.  Are these trucks available in Coquitlam, BC, at Eagle Ridge GM..? Let's get started with some basics.

What are the six levels of autonomous self-driving..?

To help you understand better, let’s make it easy and divide the six levels into two groups of three. In the lower group, (Levels 0, 1, and 2) the human monitors the driving environment.  In the upper group, (Levels 3, 4, and 5) the car’s automated system monitors the driving environment.  With that in mind, here are the individual levels explained in more detail.

Level 0 (No Driving Automation): That’s right, it starts with zero.  As in no automation, the way most of us drive now, without any automated assistance. Here humans perform all the tasks, from acceleration, to steering, to braking, parking, the whole works.

Level 1 (Driver Assistance): Many current drivers have encountered this first level of automation, defined as a single automated system such as cruise control.

Level 2 (Partial Driving Automation): It starts to get interesting here.  The vehicle requires Advanced Driver Assistance Systems (ADAS), to perform this level of assistance.  At this level the vehicle can perform the steering, acceleration, and braking.  By definition, this falls short of self-driving because the human can (and must, as required by law) sit in the driver’s seat and take control of the vehicle at any time.  GM’s Cadillac Super Cruise system and Tesla’s Autopilot system both qualify as Level 2 driver assist systems.

Level 3 (Conditional Driving Automation): From a technological standpoint, the jump to level three is substantive with environmental detection abilities.  At this level, the vehicle can perform most of the driving tasks, but still requires a human to oversee the vehicle performance with immediate override capacity.  A Level 3 vehicle can make a decision such as passing a slow moving vehicle, but the human must be ready to assume control if the vehicle cannot complete the task successfully.

In 2019, Audi (Volkswagen) introduced the A8L in Europe as the first Level 3 automobile. The A8L was caught in a regulatory snag in the US between federal and state mandates and is still classified as a Level 2 vehicle for the time being.  The 2023 Audi A8L model, sold in North America, incorporates intersection assistance for detecting cross traffic, 3D overhead view camera, adaptive cruise control with active lane assist, intelligent park assist, and night vision thermal imaging.

Level 4 (High Driving Automation):  The main difference between Level 3 and Level 4 vehicles is that Level 4 vehicles can intervene if things go wrong.  This includes mechanical or on board monitoring system issues.  Level 4 vehicles are built with backup systems and can monitor and override its own overall system.  These cars may not require human interaction in most circumstances, but a human can still manually override the system.

Level 4 vehicles can operate in self-driving mode.  Currently, there are three things holding back the full use of fully autonomous vehicle use in North America.  They are significant, but not impossible to overcome.  Signals that at least two of the three items could be solved soon bring hope to many who are waiting for the opportunity to drive with a Level 4 vehicle.  Legislation and laws around autonomous driving are being drafted currently.  That is one of the hurdles.  The other hurdle relates to infrastructure, mapping interfaces, and allowable driving areas.  Currently, vehicles that can self-drive are being limited to urban areas where speeds reach an average of 50 km/h (30-mph).  This is something called geofencing.  This is because most Level 4 vehicles in existence today are geared toward ridesharing.  For example:

Level 5 (Full Driving Automation):  These (potential) vehicles don’t require any level of human interaction or overseeing.  In the future, the human aspect of driving in these vehicles will be totally eliminated.  Level 5 cars won’t even be equipped with steering wheels or acceleration and braking pedals.  And they will be free from geofencing, able to go anywhere and do anything that an experienced human driver can do.  Fully autonomous cars are undergoing testing in several pockets of the world, but none are yet available to the general public.

What is likely the last obstacle..?

Oddly, and at the risk of using the overused man on the moon analogy, the last looming obstacle from moving forward is digital security, as in the lack of it.  Presently, it is unclear when and how this issue is being addressed.  The Ponemon Institute published a report titled “Securing the Connected Car: A Study of Automotive Industry Cybersecurity Practices.” The report found that “connected” vehicles (like autonomous cars) are rich in physical safety features like seatbelts, airbags, and antilock brakes.  But the study highlights that computerized operations in automobiles are lacking in digital security features.  In a world that is becoming more interactive and more connected digitally, the report concludes that connected vehicles presently lack the necessary cyber security elements to guarantee occupant safety.  From a survey of almost 600 security specialists, design engineers, and product development experts in the industry, over 60% fear that malicious attacks against automotive software components is very likely.

Until it is known that consumers are guaranteed to be as safe as they would be in a commercial jet, train, or bus, we will remain at Level 2 driver assist until these last obstacles are overcome.  The advice in the meantime seems to suggest that all isn’t lost either and that we can now adopt a range of fine vehicles that are Level 2 compliant and are overseen by our current and greatest known security asset–human beings.  At the time of writing, your best option is to enjoy any one of a fine selection of vehicles, like the upper trim levels of the GMC Sierra Sierra, where you can safely enjoy your favorite songs with friends and clap with your hands off the wheel if that’s your thing.  Other GM vehicles you may wish to consider, include the Cadillac Escalade, CT4 and CT5, the GMC Hummer EV and Sierra, and the Chevrolet Silverado. Super Cruise will soon be available on the 2023 model year Cadillac LYRIQ, GMC Yukon, Chevrolet Tahoe and Suburban.

Where is Super Cruise currently available..?

The use of Super Cruise is only available on roads with designated support for the Super Cruise technology. GM is committed to increasing its support for Super Cruise from its current 200,000 miles of roadways in the US and Canada to 400,000 miles as it pushes to outpace its competitors. GM reports that some restrictions will be lifted to allow Super Cruise to expand onto highways and roads such as the Pacific Coast Highway, the Trans-Canada Highway and Route 66.