What We Know So Far About The 2020 Chevrolet Corvette

The 2020 Chevrolet Corvette (C8) is set to make its official debut on July 18, 2019. It’s always exciting to see a new version of Chevrolet’s flagship car but this time it’s a bit more special. The 2020 Corvette will be, for the first time, a mid-engined supercar. 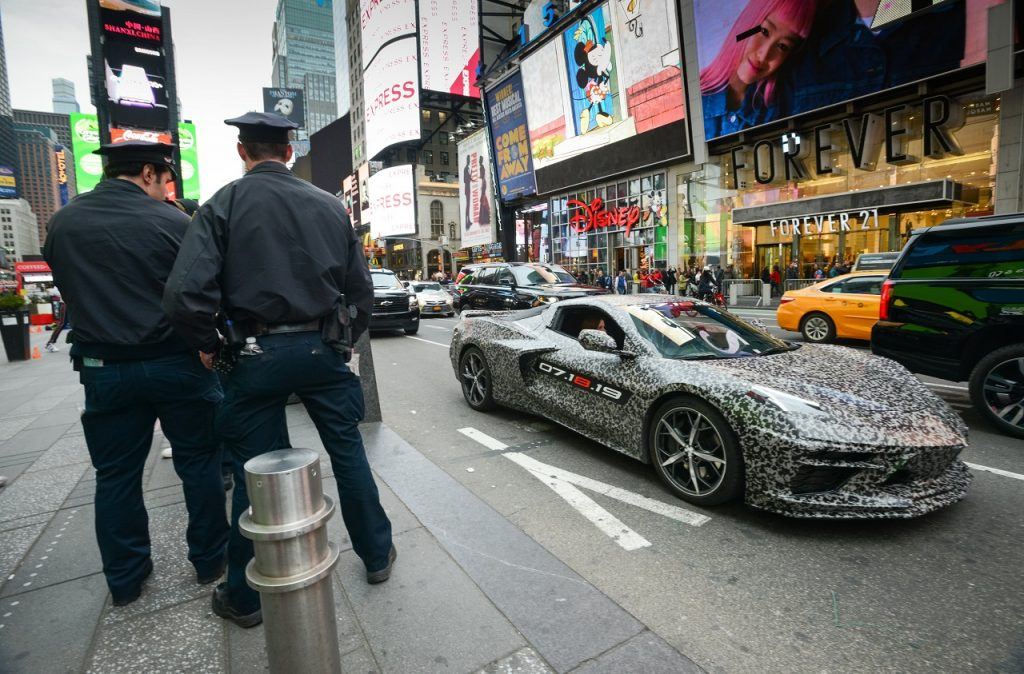 The change to a mid-engine layout is not a surprise for most Corvette fans. There have been plans to make a mid-engined Chevy Corvette for a very long time now. In fact, the C7 generation (2014 - 2019) was originally supposed to be mid-engined. But because it started development during the 2008 recession, engineers and accountants at GM decided to stick with the front engine layout for the C7 generation to reduce costs while the economy recovers.

The biggest reason for the change though is the limited performance from a front engine layout. Some would argue that the current Corvette ZR1 with 750 hp has reached the limits of what a front engined car can do. Plus the Chevrolet Camaro is within milliseconds of the Corvette’s performance on the track but with a cheaper price tag. So it stands to reason that the Corvette would go with the engine in the middle to further differentiate itself from the Camaro but to also increase its capabilities. The change to mid-engine would also allow the Corvette to better compete against competitors like the Ford GT, Porsche 911, and Audi R8 to name a few. 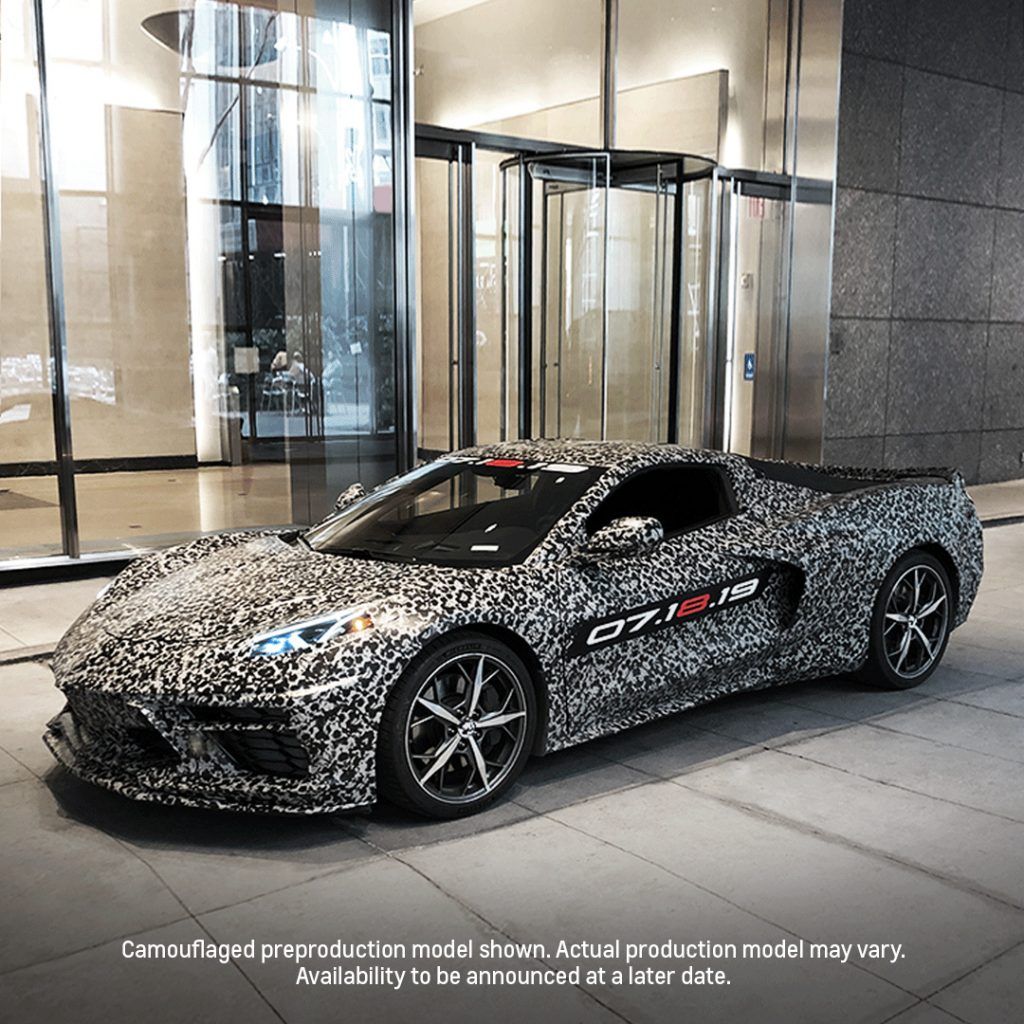 With every new supercar arrival, rumor mills run wild with speculations. The 2020 Chevy Corvette is no different. One thing that is fairly certain at the time of writing this article, is that the C8 Corvette will have an updated version of the current LT1 engine. Dubbed the LT2, the 6.2L V8 will be the base engine in the 2020 Chevrolet Corvette and is expected to have a slight bump in horsepower to the tune of 480 - 500 hp.

The other rumor that is floating around is that the higher trim levels of the 2020 Corvette will have a new 5.5L DOHC flat-plane crankshaft V8 with 600 hp. And above that, a twin-turbocharged version of the 5.5L engine with upwards of 800 hp. And finally to fill the flagship role of the ZR1, a hybrid powertrain with electric motors in the front wheels. That version is expected to produce 1,000 hp and to be dubbed the “Zora” as a nod to legendary Corvette engineer Zora Arkus-Duntov.

Rumors also persist that mated to the base 6.2L V8 will be a new DCT (Dual Clutch Transmission). What’s not so clear however is the option for a traditional manual transmission. Again, it’s no surprise that a manual may be off the books because modern day automatics and DCTs are much faster around a race track than a manual. 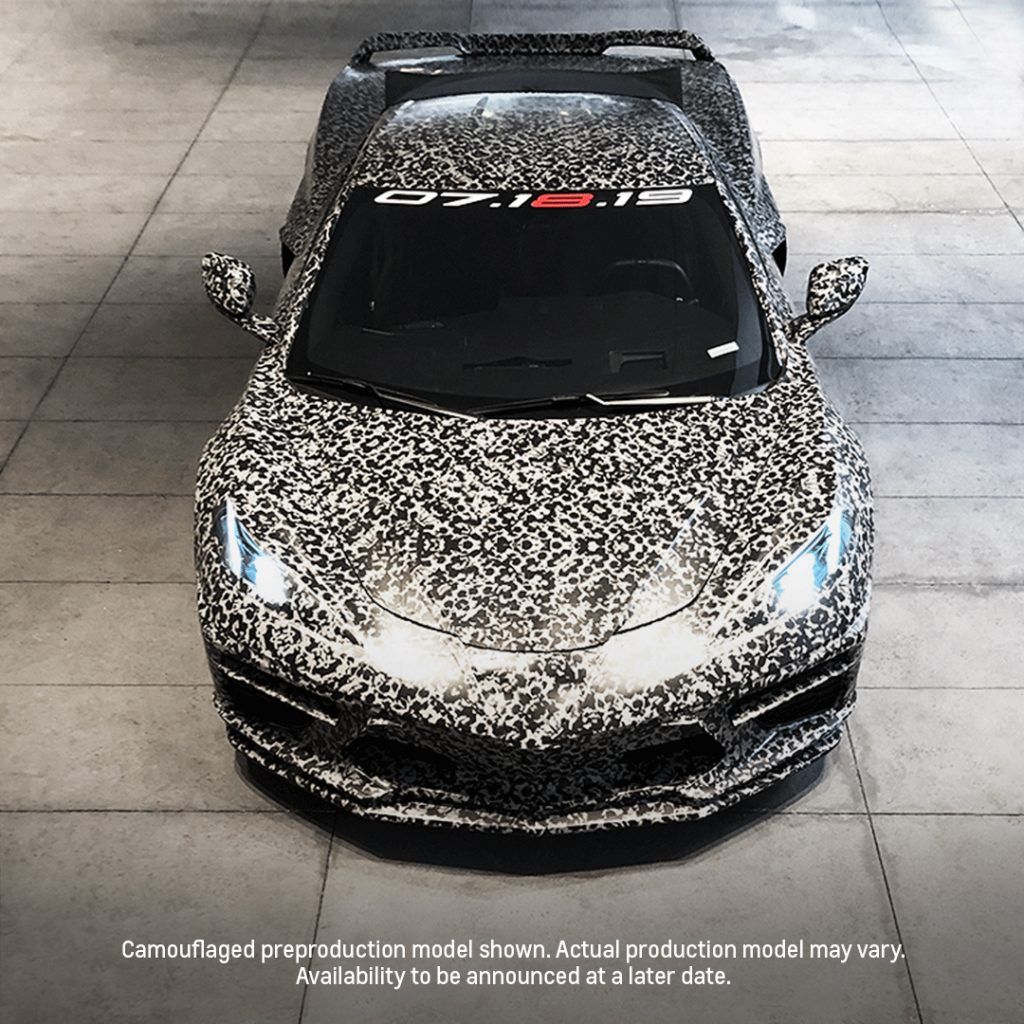 As we get closer to the official release, new and less camouflaged images start to surface on the internet. The first is of the back end as it appears to be on an assembly line. You can clearly see the taillights resemble those of the current C7 Corvette and gone are the central exhaust tips in favor of dual exhaust tips at the edge of the bumper.

The second image is of what appears to be a rendering of the front of the C8 Corvette. Large air intakes on the front and side to cool the engine and front brakes give the Vette an exotic look.

The last image is an official image from Chevrolet of the new steering wheel. It has a squared-off shape that is designed to be more ergonomic and comfortable. We can clearly see the new paddle shifters as well as come of the controls such as cruise controls on the left, voice command and driver instrument cluster controls on the right, and volume and track controls below each spoke. What’s interesting is the silver button on the left spoke. It appears to be the distance follow button for the adaptive cruise control. A nice addition for the Corvette. 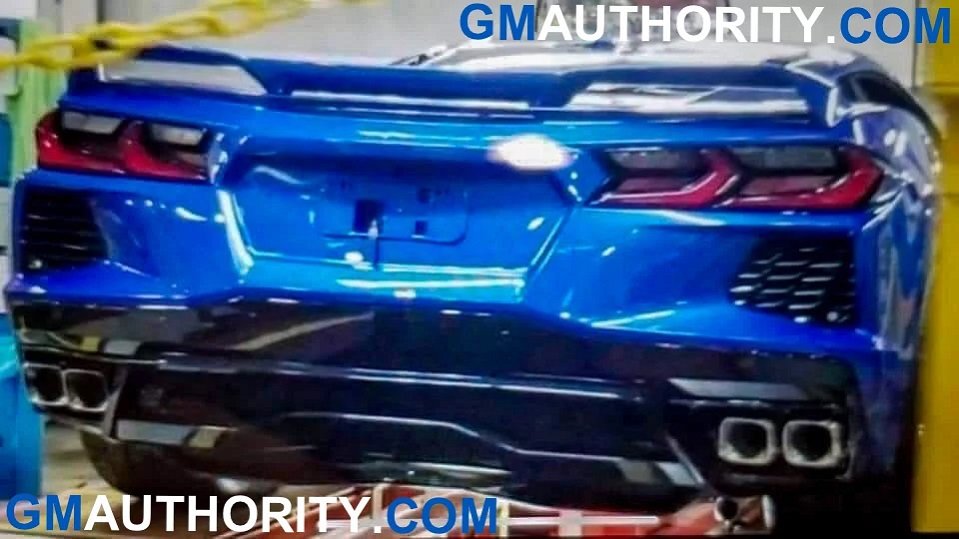 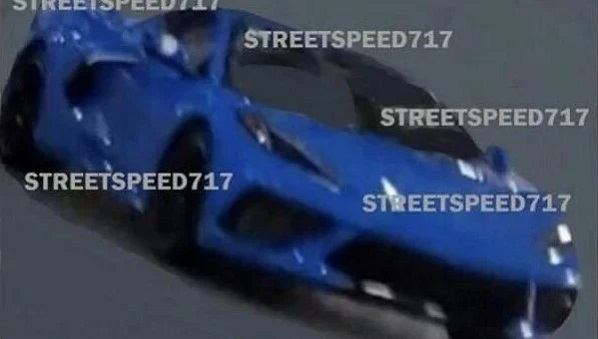 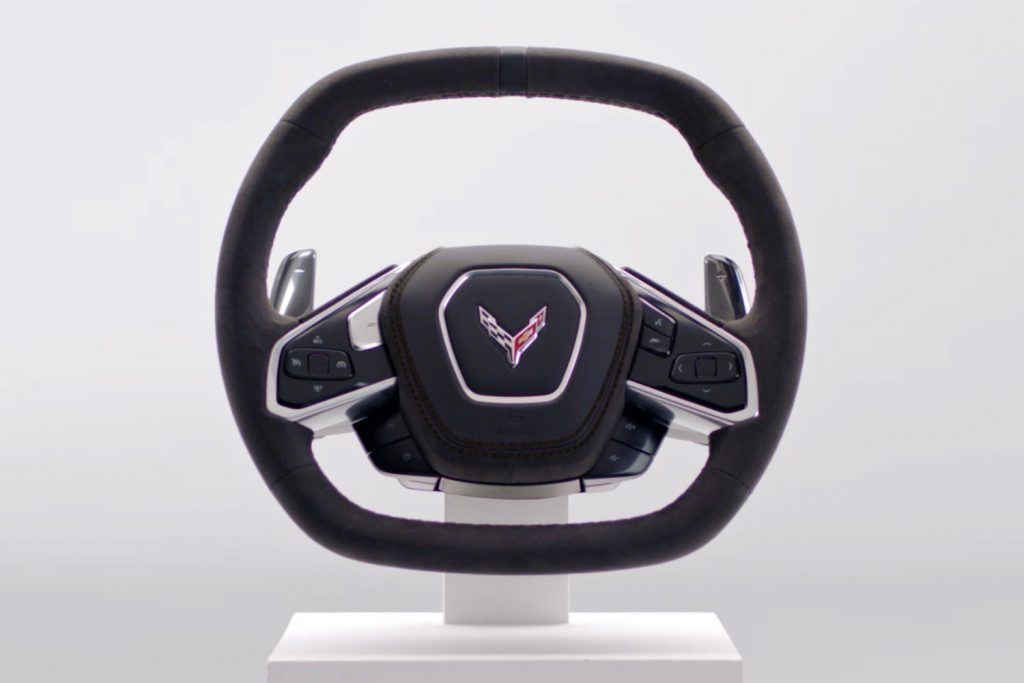 The 2020 Chevrolet Corvette C8 will be officially revealed on July 18, 2019 and you can stay in touch with updates Here.