Everything You Need and Nothing You Don't 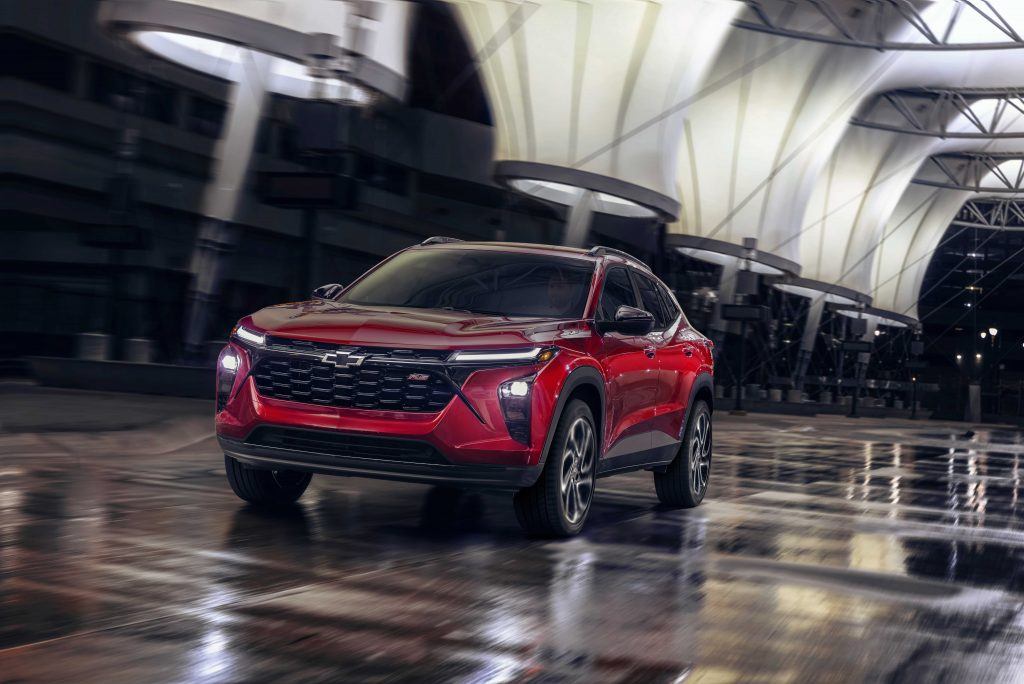 As Chevrolet Canada prepares its launch of the popular 2024 Chevrolet Trax with its redesigned look, here's an overview of the light off-road vehicle for the budget conscious.  Chevy's own headline, Everything You Need and Nothing You Don't, summarizes the Chevrolet Trax as a dutiful everyday driver without the dizzying array of options seen in higher priced vehicles in the same segment.  We'll summarize the newly redesigned 2024 Chevy Trax and what will make it an appealing choice for a new generation of consumers in Coquitlam and the lower mainland of Vancouver. 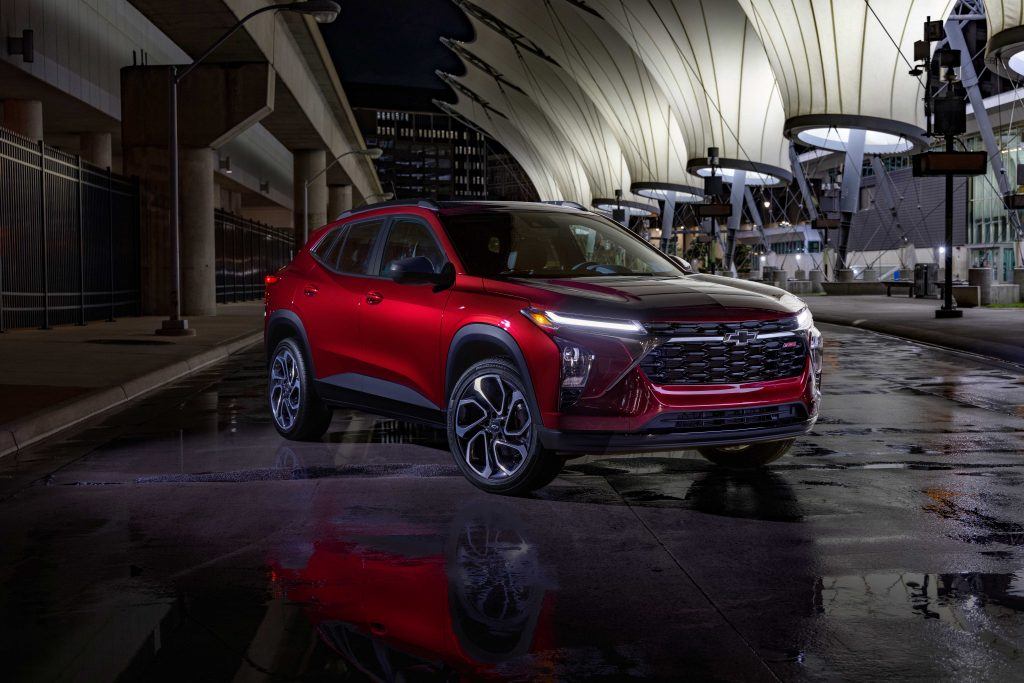 The original Trax was a shorter vehicle some writers described as a mini Trailblazer.  It was popular in Europe for drivers who needed their vehicles to navigate and park in smaller spaces while giving them the freedom to explore off-road.  To give you an idea of the original design's smaller size, it was built on the Chevy Sonic platform.  In North America, the original Trax became popular with budget conscious consumers who were seeking a light off-road vehicle with fewer options. Look for the all-new 2024 Chevrolet Trax to begin arriving at Eagle Ridge GM, in Coquitlam, sometime in the spring of 2023.

With the Trax 2024 redesign you'll notice a vehicle that speaks to a slightly more sophisticated consumer looking for a little more while still being affordable for any segment, let alone the SUV and crossover segment.  For starters, it's longer and lower than the original, giving it a sleek new appearance of that dutiful everyday driver that can still be taken off-road.  And you can now say that the new 2024 Chevrolet Trax is a much closer relative to the Chevy Trailblazer than ever before, utilizing its same 137-hp turbocharged three cylinder engine with a six-speed automatic transmission. 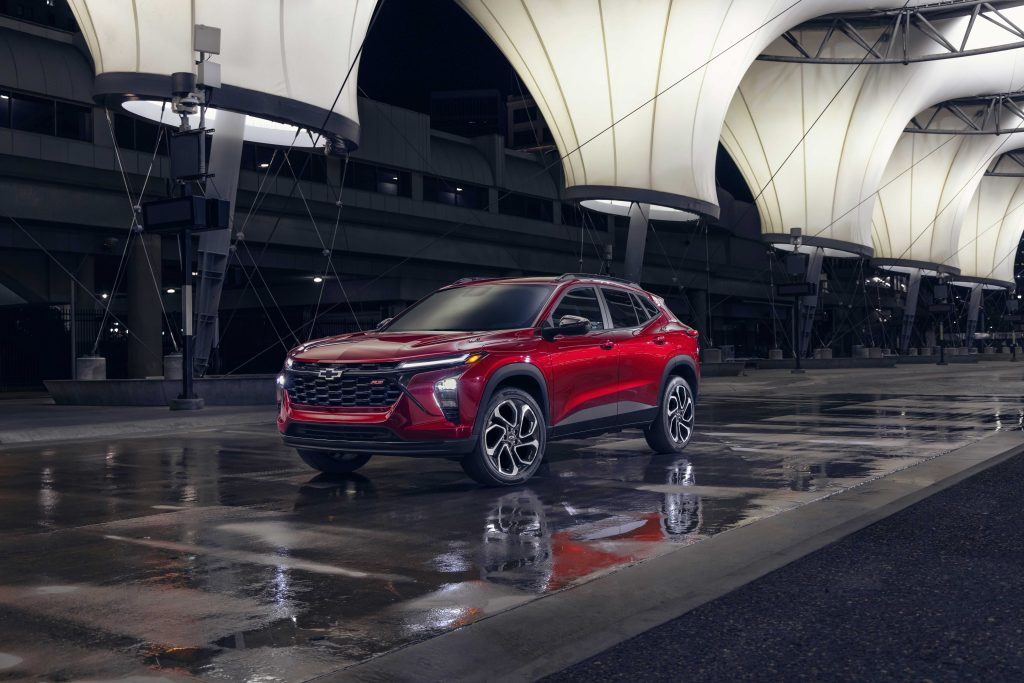 When the dust settles on its Canadian pricing, it will sit as one of the cheapest SUVs on the market.  It will compete against the likes of the recently redesigned Honda HR-V, the Hyundai Kona, the Mitsubishi Outlander Sport and the Nissan Kicks.  Car and Driver reports that the new Trax will continue to be built in GM’s South Korea plant, and says it should land as the third-cheapest crossover on the market, behind the subcompacts, Kia Soul and Hyundai Venue.

The new 2024 Chevy Trax has a redesigned interior. One of its best looking additions is the driver-facing infotainment screen, a positive trend among the automaker.  Climate controls and all driver controls are neatly placed, performing their function without costly finishes. The new Trax has a longer wheelbase than before, which has resulted in about three inches of additional rear legroom and more cargo space. Some features like remote start, heated front seats and steering wheel, and a sunroof are trim-dependent. 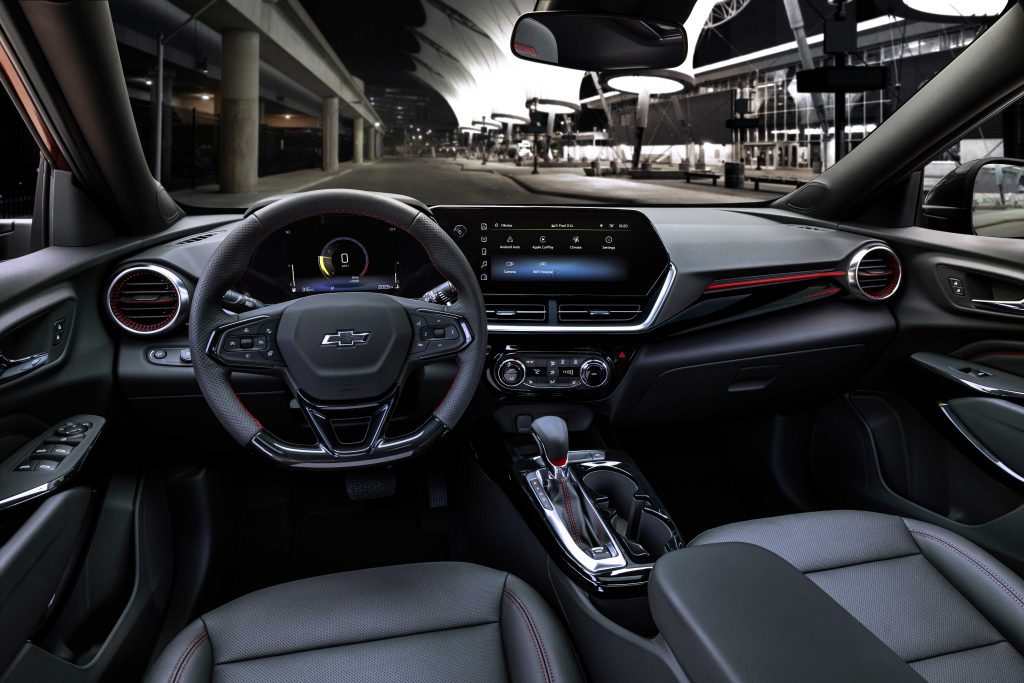 In North America, the SUV has dominated the auto market in recent years.  While SUVs tend to cost more than cars, products like the Trax provide an opportunity for those who want the storage space and tall seating position in a lower price category.  In the Goldilocks zone of desirable features vs value, the 2024 Chevy Trax offers some impressive features in its LT trim level that won’t break the bank. The LT comes with a big 11.0-inch infotainment touchscreen and remote start with optional heated front seats and steering wheel. Wireless Apple CarPlay and Android Auto are also standard on LT and up, which makes navigation and playing music from your smartphone a breeze. 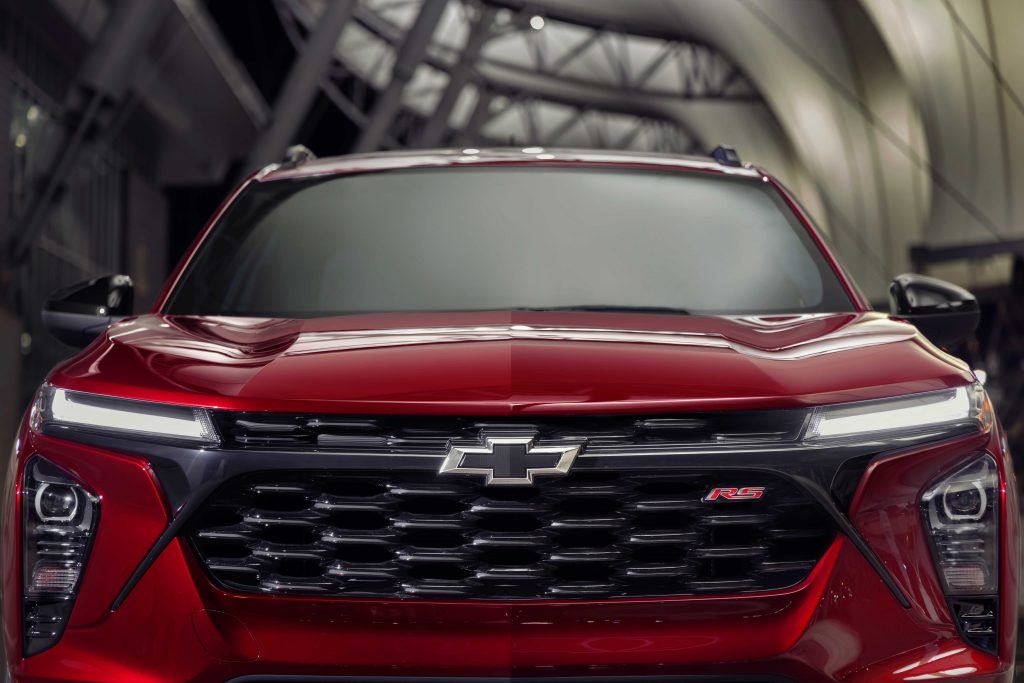 The gas-powered 2024 Chevy Trax announcement comes just weeks after GM unveiled the Equnox EV, a lower priced electric SUV that will be among the cheapest electric SUVs on the market. These new budget conscious SUVs show that GM Canada’s mainstream Chevrolet brand intends to maintain its position at the cost-conscious end of the car market while still holding positions in its higher priced models like the Corvette and Tahoe. 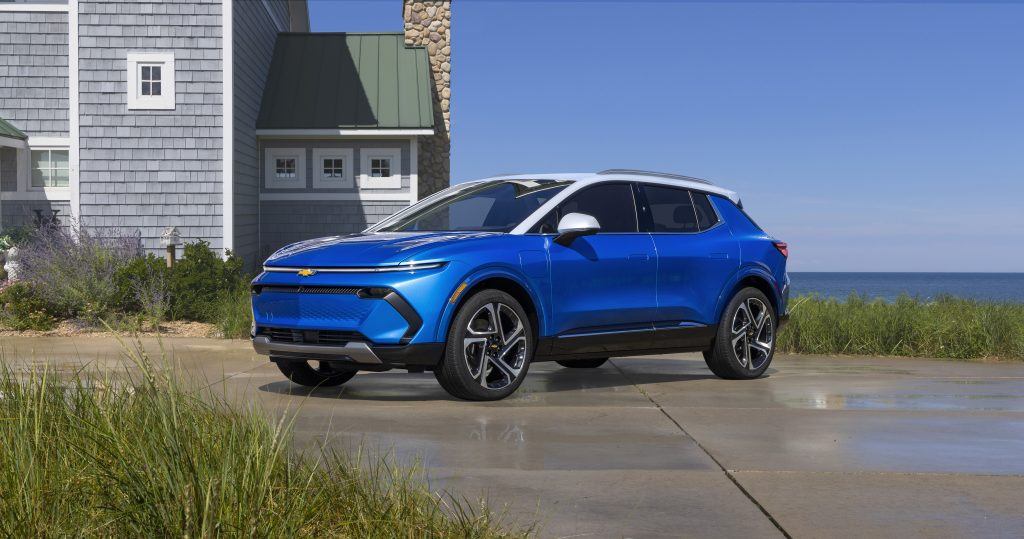 The 2024 Trax is eleven inches longer and about two inches wider than the current Trax model.  Higher trimlines include the RS, with sportier design features that include special wheels and a flat-bottomed steering wheel. Trax Activ models will have a slightly more rugged off-road look including black wheels. And despite these new changes, the automaker says drivers will enjoy the same performance overall as the current model with enhanced options like active cruise control, which can automatically maintain a safe distance behind cars ahead on highways, a feature usually found on pricier vehicles. Active noise cancellation will also be a standard feature on all Trax models. This feature uses inaudible sound waves produced by the car’s stereo speakers to cancel out some noises such as those from the tires and engine.

The newly designed 2024 Chevrolet Trax will enter the Canadian market in the spring of 2023. 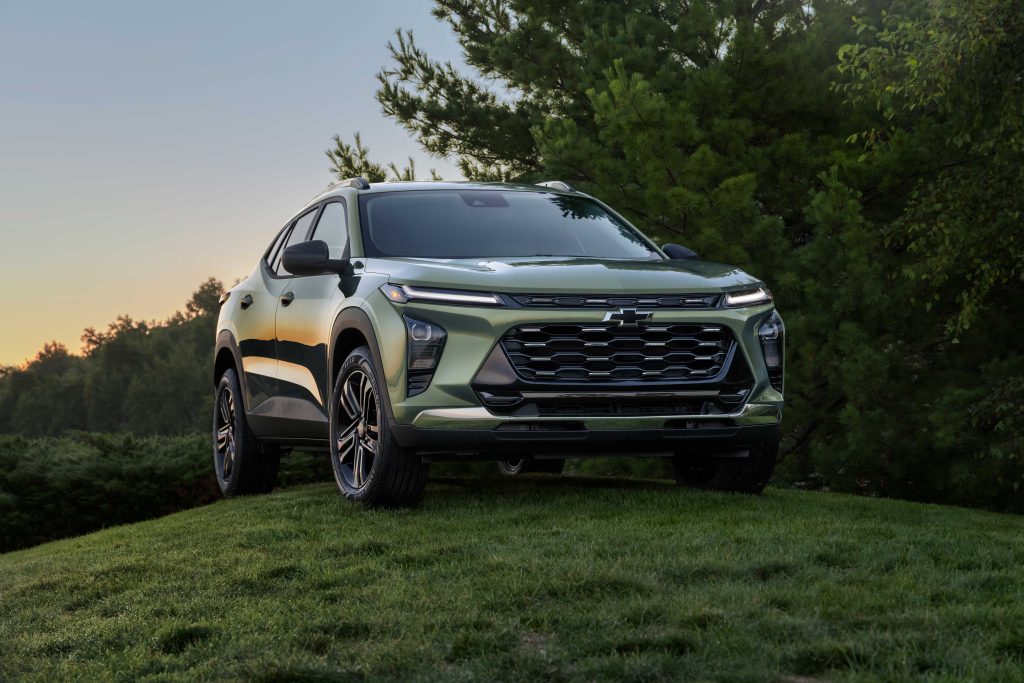