Eagle Ridge GM | Blog | What Happened to the GM Hy-Wire?

What Happened to the GM Hy-Wire? 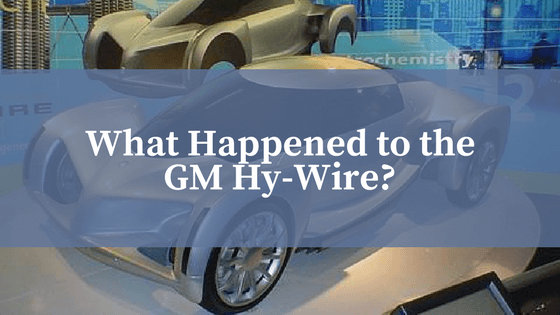 Back in January of 2002, General Motors introduced a vehicle that was powered by hydrogen fuel cells and used a drive-by-wire system, controlling the vehicle entirely via computer. Affectionately named the Hy-Wire by a classroom of kindergarten students, the vehicle was GM’s $1 billion dollar bet. GM’s charismatic engineer, Adrian Chernoff, compared the stunning feat to that of the Wright Brothers mastery of the skies in 1903 – but not everyone was so impressed.

This is the story of the GM Hy-Wire, and an attempt to reinvent the automobile at the start of the 21st century.

The Hy-Wire began its life as the AUTOnomy concept vehicle, the first combination of fuel cell propulsion with drive-by-wire technology to allow for steering, braking and acceleration to be controlled via electronic input, rather than traditional mechanized processes. For the AUTOnomy project, GM filed for 24 patents related to all the new tech invested in the concept.

Originally unveiling at the Detroit Auto Show in 2002, AUTOnomy showcased an entirely new architecture of vehicle manufacturing, wherein multiple different vehicles could be successfully built using a single common chassis thanks to its innovative parts. At about twice the efficiency ratings as a standard internal combustion engine, a fuel cell vehicle could in theory provide about twice the fuel efficiency of a comparably sized vehicle, emitting only water from the tailpipe.

There were no pedals. No instrument cluster. No steering column. The driver was free to sit anywhere within the vehicle, on top of a chassis that allows for hydrogen storage fuel-stacks to store and distribute fuel from all around the vehicle, eliminating the spaces required to house a fuel tank, drivetrain, engine and traditional seating layouts. In short, the AUTOnomy project changed everything. 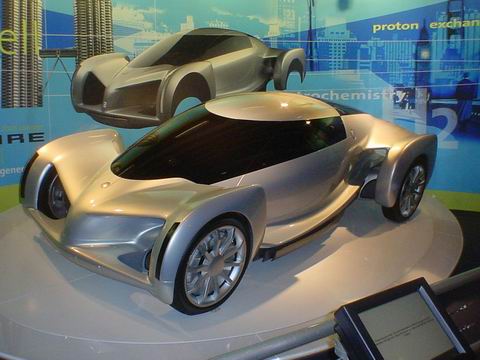 The Hy-Wire project took the AUTOnomy technology and applied it to a wedge-shaped vehicle free from the confines of emissions testing and concerns. The GM Hy-Wire was controlled by nearly aircraft-like hand yokes, allowing for digital acceleration, braking and guidance signals – all with no mechanical linkages. Reported to have a top speed of about 100 mph, the GM Hy-Wire was quiet, smooth-riding and lively to drive. Cameras took the place of mirrors and LCD displays.

The GM Hy-Wire was powered by a fuel cell capable of producing 94 kilowatts of power continuously and up to 129 kilowatts for short periods. The car famously appeared on the BBC’s Top Gear, an internationally recognized authority program dedicated to automobilia and motor sport, with presenter James May noting that much power could essentially power half a city block. The entire fuel cell was stored in an 11-inch deep chassis under the car, that could be separated from its body in about half hour. What differentiates hydrogen fuel cell propulsion from the Hybrids of today, is that hydrogen vehicles have their own power stations on board-  there are no batteries to top up, or generators needed to produce electricity.

In 2003, GM confidently announced it could produce a commercially viable version by 2010. This is where things get interesting. What happened to the fuel cell revolution?

During the 2002 release, GM head honcho’s met backstage with representatives from ExxonMobil, the world’s largest petroleum product manufacturer. GM needed assurance before investing another billion dollars that hydrogen supply stations to fill up millions of hydrogen powered cars would be available. GM said the vehicle was so green, so cheap, and so versatile that it had the potential to crack open the global market.

Frankly, ExxonMobil said no. In the early 2000’s, gasoline was plentiful and the oilmen were said to think of GM’s hydrogen plans as a “head fake” to stall tougher upcoming emissions requirements. They didn’t think GM was serious enough because it had been associated with burying other emerging technologies that would have sullied the combustion engine. GM had also conspired to shut down electric trolleys nationwide in the 1940’s. ExxonMobil saw the AUTOnomy concept and the Hy-Wire as a way of publicly flashing about a dedication to impede global warming regulations before it pulled the plug – as it did with the battery-powered EV-1 in the mid 1990’s.

Exxon thought GM’s reputation had traditionally been that of a green-killer, but with the Hy-Wire, the American automaker saw a way to manufacture for much less than the cost of today’s vehicles and provide powered transportation to 88% of the globe who had never been able to afford a vehicle before – the Hy-Wire and it’s technology, represented a massive leap forward in automotive progression, and a new way to do business. 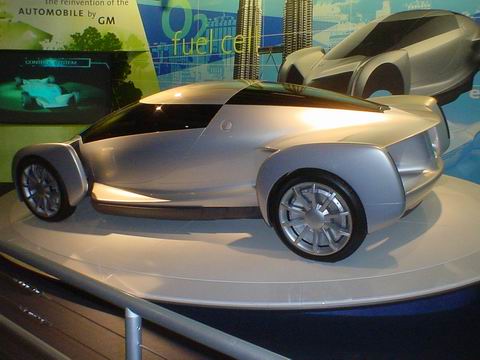 “We’ve invested over $2.5 billion in the technology. It’s a substantial investment. Let me put it this way: We’re working as effectively as possible to advance the fuel-cell technology as rapidly as possible. We have to work within the world that exists, not the world as we might like it… Today, the infrastructure for hydrogen is not well developed. And the infrastructure to supply the hydrogen to the refuelling station is also not well developed. So, that adds cost to the hydrogen. So, even if you invest in the fuel cell, you may not be able to recover that investment in terms of operating cost efficiencies. Even though the technology is more than twice as efficient as an internal combustion engine… You have to have a collective will to do this.”

Most recently, GM has used its Fuel Cell technology in cooperation with the US Army to create the Chevrolet Colorado ZH2. Whatever the application, fuel cell and hydrogen technology is here – it’s just finding a way to utilize in on a mass scale that’ll prove to be tricky for GM.