Williams is retiring as the current leader of GM Canada and Stephen Carlisle will be taking over after the end of year. He will be the new president and managing director of GM Canada, and will be, as of the end of the year, the new leader at General Motors Canada. 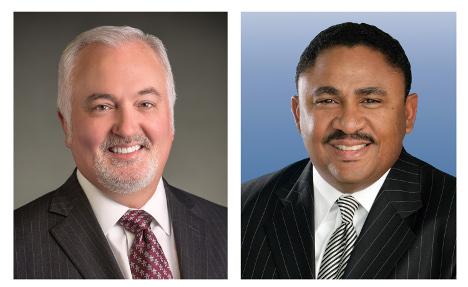 Kevin Williams, who directed the company since 2010 will assist in the transition through the end of the year. Williams is a GM veteran, having joined the company in 1983. During his tenure, he held progressively more senior roles in manufacturing, supplier quality and development, purchasing and service and parts operations in multiple locations around the globe including Canada, Mexico, Germany and the United States.

“I’d like to thank Kevin for his leadership and significant contributions throughout a long and distinguished career with GM,” said Mary Barra, chief executive officer of GM. “In his most recent assignment, Kevin helped rebuild GM Canada after one of our most challenging periods and has established a solid foundation for growth into the future.”

The new president, Carlisle, will report to Alan Batey, president of GM North America. Carlie previously served as VP of global product planning and program management based in the U.S. He has also worked as VP, U.S. sales operations, responsible for dealer network, retail sales support and fleet & commercial; as well as president and managing director of GM South East Asia Operations, in addition to leadership positions in Singapore and China. ,

“I’m honoured to have the opportunity to return to Canada and build on the winning foundation established by Kevin and the team over the past four years,” said Carlisle. “Having worked intensely on GM’s world-leading new products and technology strategies, I am excited to bring my enthusiasm and product focus to Canada. I look forward to working with our employees, dealers and other key stakeholders to continue to build an organization that puts the customer at the centre of everything we do.”

We look forward to welcoming