FAMOUS GM CARS & WHAT THEY SOLD FOR

The world of octane-fuelled film and television just wouldn’t be the same without contributions from GM and its affiliates. For the last 50 years, the GM badge has seen its fair share of the spotlight, and we’ve compiled a list of some of the best and highest-priced GM celebrity vehicles sold in recent years.

Why it’s famous: The 1982 T-top Pontiac Trans AM known as K.I.T.T (Knight Industries Two Thousand) appeared in the 1980’s TV smash hit, Knight Rider, featuring David Hasselhoff. The vehicle features a talking system with clips of the car’s voice taken from the original program. In 1982, two Trans Am’s were sold to the producers by GM for $1 each, and were modified for stunt work.

What similar sells for: NADA Guides cites that depending on condition, a ‘77 Firebird should fetch an average of about $27,900

Why it’s famous: The 1977 Pontiac Firebird featured as Burt Reynolds Smokey in the 1977 film wherein the Bandit is hired to escort a tractor trailer full of beer across southern US county lines while being chased by a nuisance Sheriff, Buford T. Justice. Reynold’s car was used as a promotional vehicle for the film, and was the recipient of a custom leather interior, and an 8.2L V8 delivering upwards of 600 horsepower.

Why it’s famous: The heavily modified 1967 Camaro SS that was featured in 2014’s Transformers: Age of Extinction as Bumblebee was owned by the films’ director, Michael Bay, and went to auction in 2016. The satin black, fuel-injected beast featured a 6.2L Corvette LS3 engine and a 6-speed manual gearbox, as well as touch-screen navigation and custom three-piece racing wheels. The vehicle was the drool-worthy focus of a scene at the end of the film.

What similar sells for: It’s the Batmobile; no stock vehicle compares – however – Top Gear’s website says that the Tumbler Batmobile from the Dark Knight is also for sale for about $1 million, and features a Chevy LS1 V8.

Why it’s famous: The Batmobile featured in Tim Burton’s 1989 Batman was the posterized motorized superhero of many a childhood bedroom wall, thanks in part to its rocket propulsion drive, and huge presence. The car was built with two Chevrolet Impala chassis, and featured a classic 350 cubic inch Chevrolet V8. The website notes that the vehicle tops out at 155 mph and only has 14,000 km on the odometer. 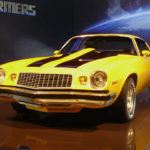 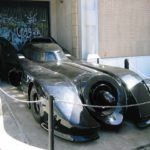 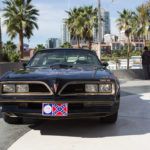 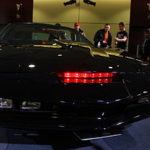