Electric Cars: What You Need to Know

Electric cars used to be a little bit of a punchline. They were the preserve of tree-huggers and Hollywood celebrities with more money than sense, and they weren’t something we really had to consider.

That has all changed. Thanks to trailblazers like Tesla, Chevy and mainstream manufacturers, all of whom are embracing the electric car trend, plug in and hybrid cars are becoming a genuine option, and one that car buyers around the world need to consider alongside mainstream choices. 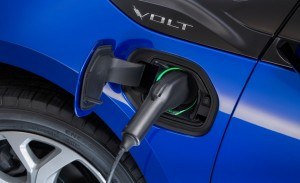 When it comes to fuel costs, electric beats any other type of engine hands down. In fact, with Canadian family gas bills averaging between 2.5 and 3% of their annual salary, and with electricity costing just a fraction of that, there is potential for significant savings if you drive an electric car.

Electric cars are almost completely silent, compared to gas or diesel engines. For many people, a quiet ride is a good thing, but if you’re a fan of cars, then this is a definite negative. You don’t get any engine noise at all from an electric car, and there are no exciting sounds to hear here!

One of the reasons that electric cars used to be a non-issue was that they were so slow compared to their fossil fuel counterparts. That’s no longer the case, and the new generation of electric cars offer speeds that are comparable to any other type of car. The ride also tends to be a little smoother with anelectric car, which is another plus. 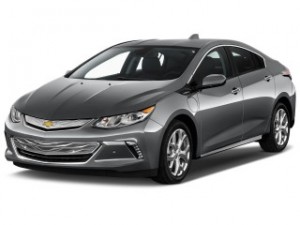 When it comes to routine maintenance, electric cars are much cheaper than their fuel based counterparts, simply because they don’t have the components that you will find in a gas or diesel engine, so there’s much less that can wear out.

That having been said, the batteries in an electric car have a limited lifespan, and they are very expensive to replace. So when you do need to repair your electric car, expect to pay a small fortune.

One of the biggest problems for electric cars has been the range. It’s a delicate balancing act between getting sufficient range for your car and cutting back on the weight of batteries to store power. Add to that the long charging time required to power up when your car runs out of power, and you've got a tricky situation.

Most modern electric cars will get between 80 and 160kms, which is okay if you only drive locally, but not really practical if you like taking road trips! Since it can take between four and twenty hours to recharge once you run out of power, that can be a big deal.

Another factor to consider when you’re thinking about electric cars is the upfront cost difference. While it’s true that you won’t pay for gas, you can expect to pay significantly more for an electric car upfront. Expect to pay at least $10,000 more than you would for a comparable gas powered car, and possibly quite a bit more than that.

Overall, electric cars have come a long way since the early days, and they are a genuine contender in the auto-mobile world today. We see the industry making leaps and strides in technology with the introduction of hybrid cars which help the eco-friendly driver with some peace of mind. If you’re concerned about the environment, and looking for a car where power is not a factor, and if you’re okay with paying more up front for the fuel savings later on, then this may well be an option for you.

If pressed for an opinion, we would say that while electric & hybrid cars are certainly a viable choice today, there is a way to go yet, and it’s likely that there will be changes coming to the industry in leaps and bounds, which may make waiting a few years before taking the plugin plunge the right option.

Regardless of what you choose, however, there’s no denying that it’s an exciting time for the car industry, and that things can only get better from here!