With Easter here, we thought we’d take a look at some of the Easter Eggs that can be found in the all-new Chevrolet Corvette C8. If you don’t know what an Easter Egg is when referenced among vehicles, it’s usually unique styling or tidbit features that have been incorporated into a vehicle. Sometimes they’re a reference to the vehicle’s past, other times it’s just a unique styling cue. So let’s start things off.

Corvette Logo Hidden in the Speaker

Situated between the seats is a speaker for the audio system. The speaker has a cover that is made up of different sized holes but in the center, depending on the angle you look at it, is a logo of the Corvette symbol. 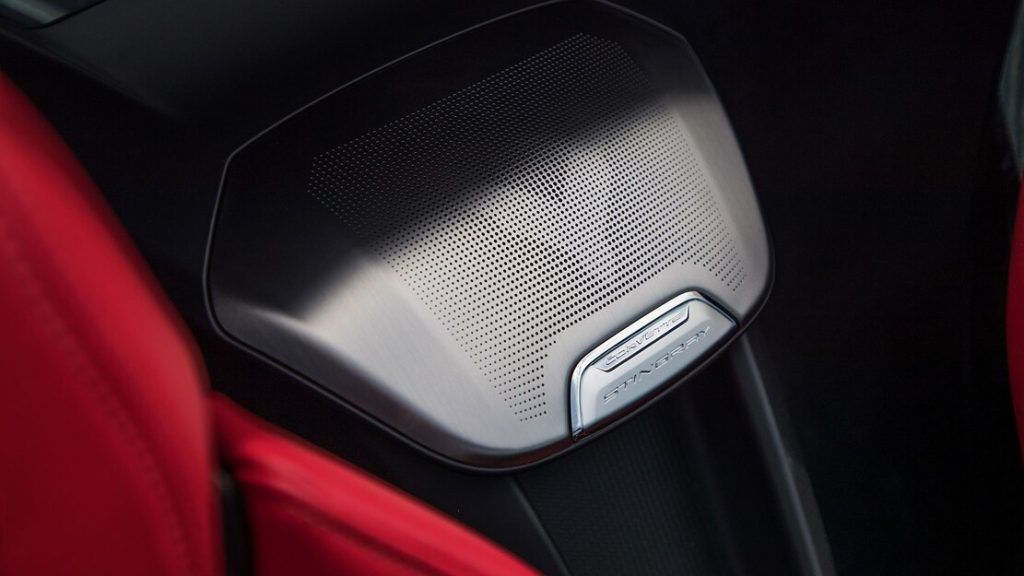 Fun with the Transmission

As the new C8 Corvette is only available with a dual-clutch automatic transmission, you can’t really do as many… fun… things with it as you could with a manual transmission. But Chevrolet’s engineers thought about this and there are a few secret moves built into the programming of the DCT that will let you have a bit of fun.

Firstly, if you pull and hold the left paddle (downshift), the transmission will drop to the lowest available gear depending on the vehicle’s speed. For example, you’ll be able to drop from 8th to 3rd instantly without needing to pull on the downshift paddle 5 times to achieve the same gear.

Secondly, if you want to rev the engine to show off a bit, pull and hold both paddles to put the transmission into neutral. Then you can rev the engine without fear of damage. 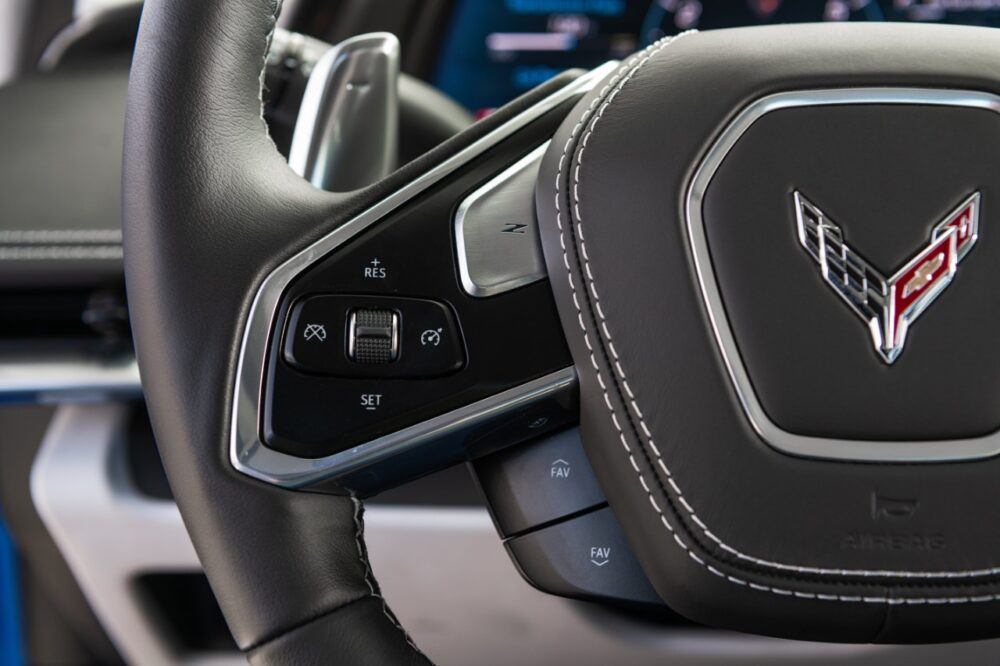 Mirror, Mirror on the Car

You’d think that cars these days are symmetrical from one side to the other. Normally that is true but the Corvette’s mirror stalks are actually different sized. The passenger’s mirror is about 2-inches longer than the driver’s side for better visibility. 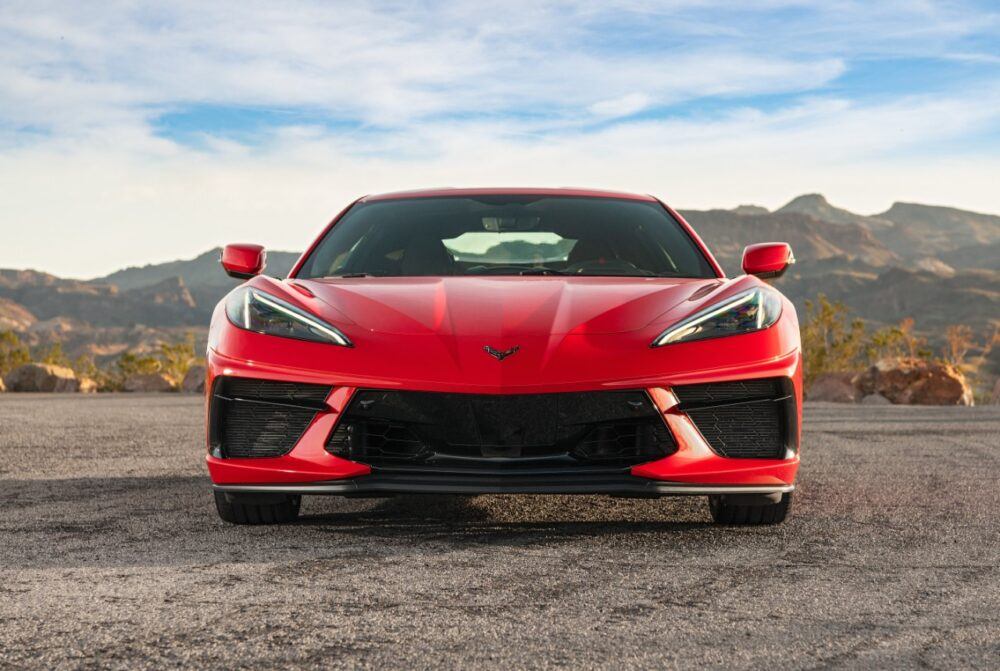 Flags & Father in the Windows

If you look closely at the back window of the C8 Corvette, you’ll notice that there are a series of black Corvette logo shaped flags. As well, if you look at the front windshield on the lower passenger side, you’ll see a silhouette of Zora-Arkus Duntov; the “father of the mid-engine Corvette”. Back in the 1970’s, he was pushing GM to make the Corvette a mid-engined sports car but it took another 50 years before his dream was realized. Now, he will be forever immortalized in each C8 Chevrolet Corvette.