The C7 generation Chevrolet Corvette Z06 was no slouch thanks to the LT4 Supercharged V8 engine under the hood. It developed 650 hp and 650 lb-ft of torque which enabled the car to go from 0-100 km/h in just under 3 seconds. But what happens when you take that same engine and put it into the mid-size Chevrolet Colorado ZR2 pickup truck? Well, tuning company Lingenfelter did just that and the result is stunning.

The Chevrolet Colorado ZR2 is powered by a 2.8L Duramax turbo diesel or a 3.6L V6 from the factory. A V8 engine was never an option until now.... at least not from the factory. Lingenfelter Performance Engineering (LPE) is well known for offering GM customers with tuning packages for their vehicles. Now they've stepped it up by fitting a Corvette engine into the Colorado ZR2 to create the Lingenfelter ZR2.

With the help of Current Performance, LPE managed to squeeze the big 6.2L supercharged V8 under the hood of the ZR2 along with the C7 Corvette's 8-speed automatic transmission. But that's not all, LPE tuned the engine by fitting it with one of their upgrade packages which included a new pulley, an low-restriction air filter, and an engine tune. 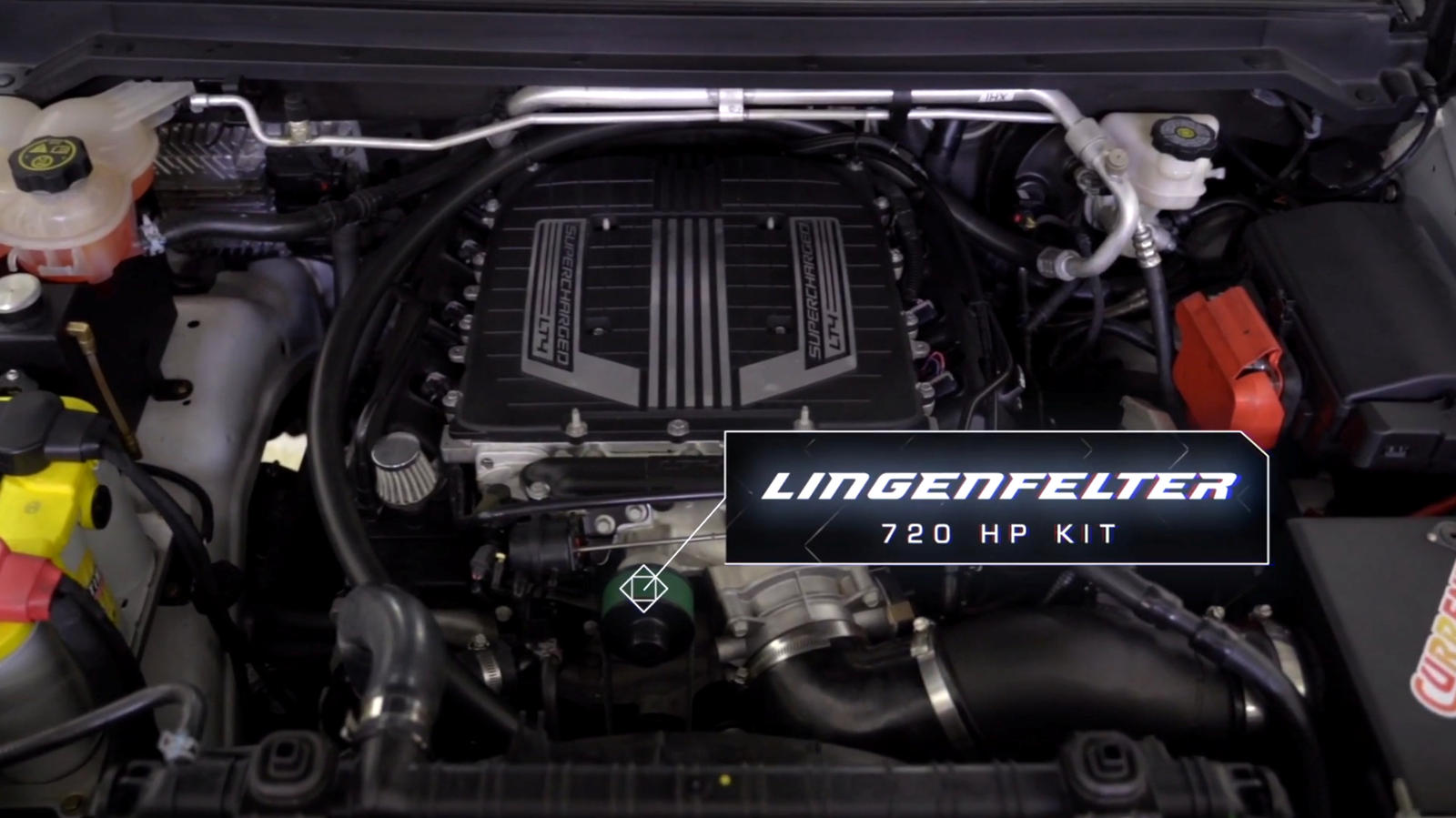 The end result is a 534 wheel horsepower, V8 powered Chevrolet Colorado ZR2. But why is the wheel horsepower lower than the engine's rated power? There's a couple of reasons.

1. From the dyno sheet, it appears that it was rated on a Mustang Dynamometer which is well known for providing lower horsepower and torque figures than other brand dynamometers.

2. Different vehicles have different power losses through the drivetrain. For example, the C7 Corvette Z06 doesn't produce 650 hp at the wheels but rather at the engine crank. It's the same story with this Lingenfelter Colorado ZR2. The horsepower at the crank is in the vicinity of 720hp but does to losses through the transfer case, differential, and big off-road tires, the wheel horsepower is significantly less.

However, 534 wheel horsepower is still a lot for a mid-size truck. Coupled with the ZR2's Multimatic DSSV suspension, this would be the ultimate Baja 1000 race truck. 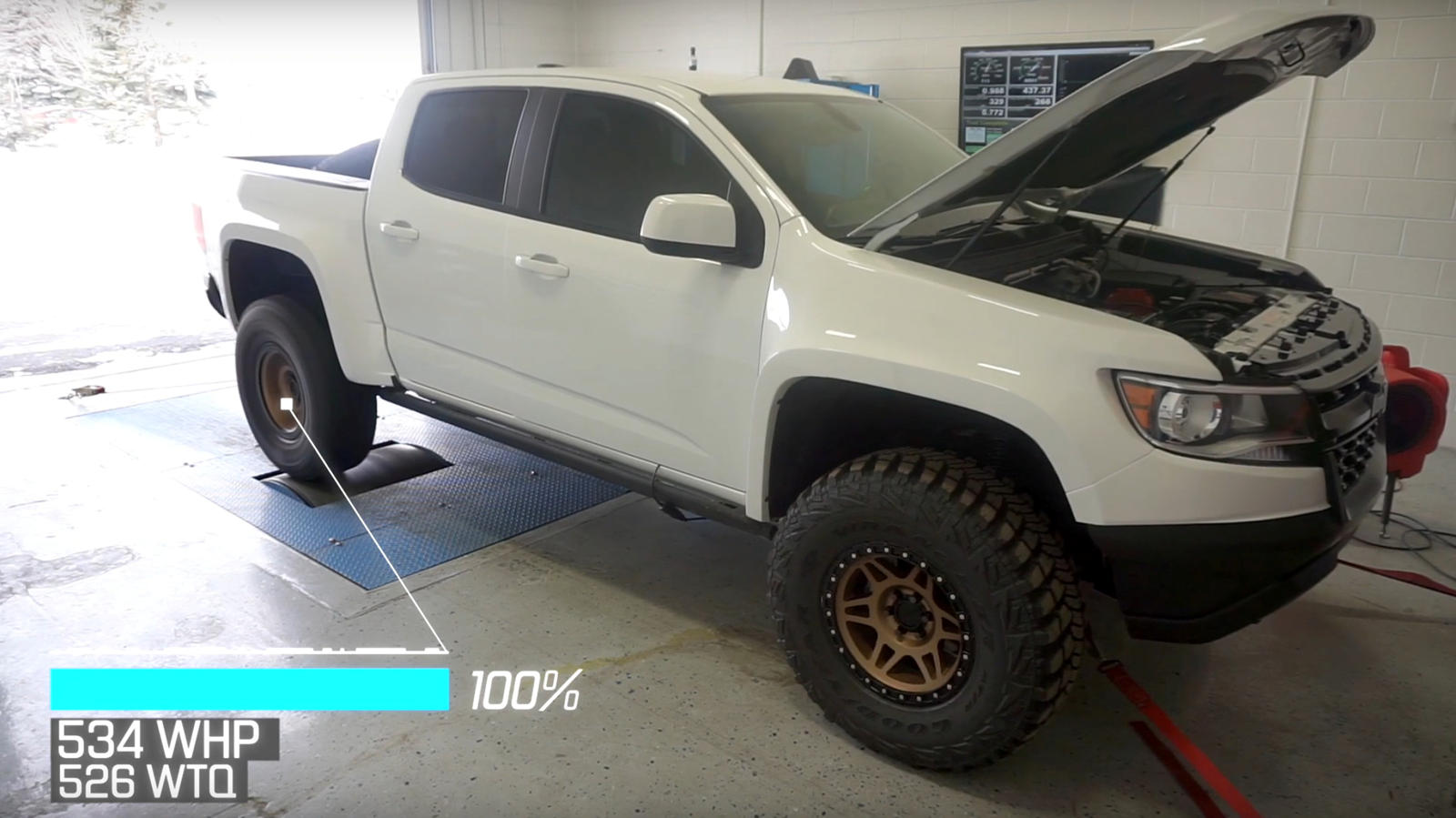 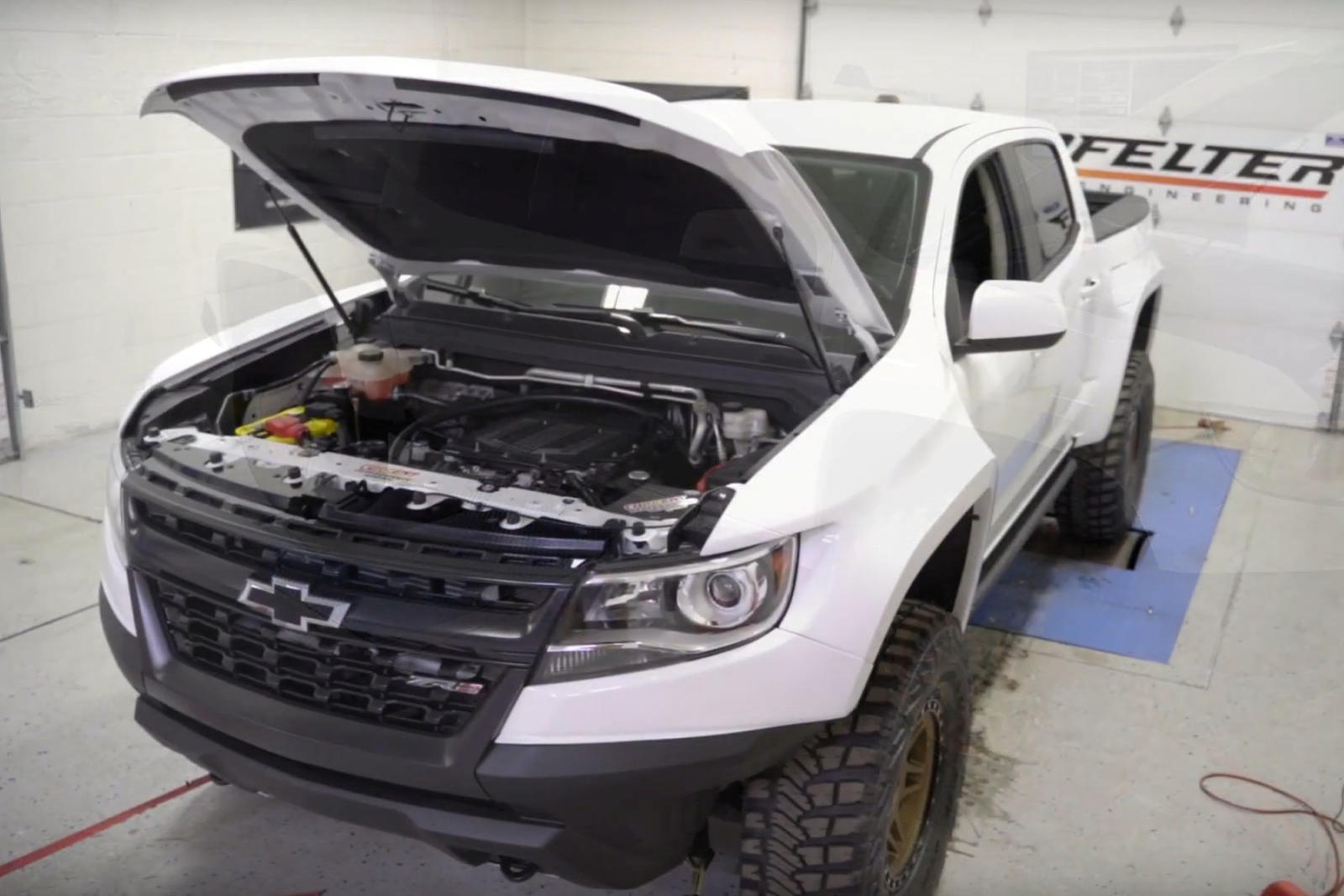 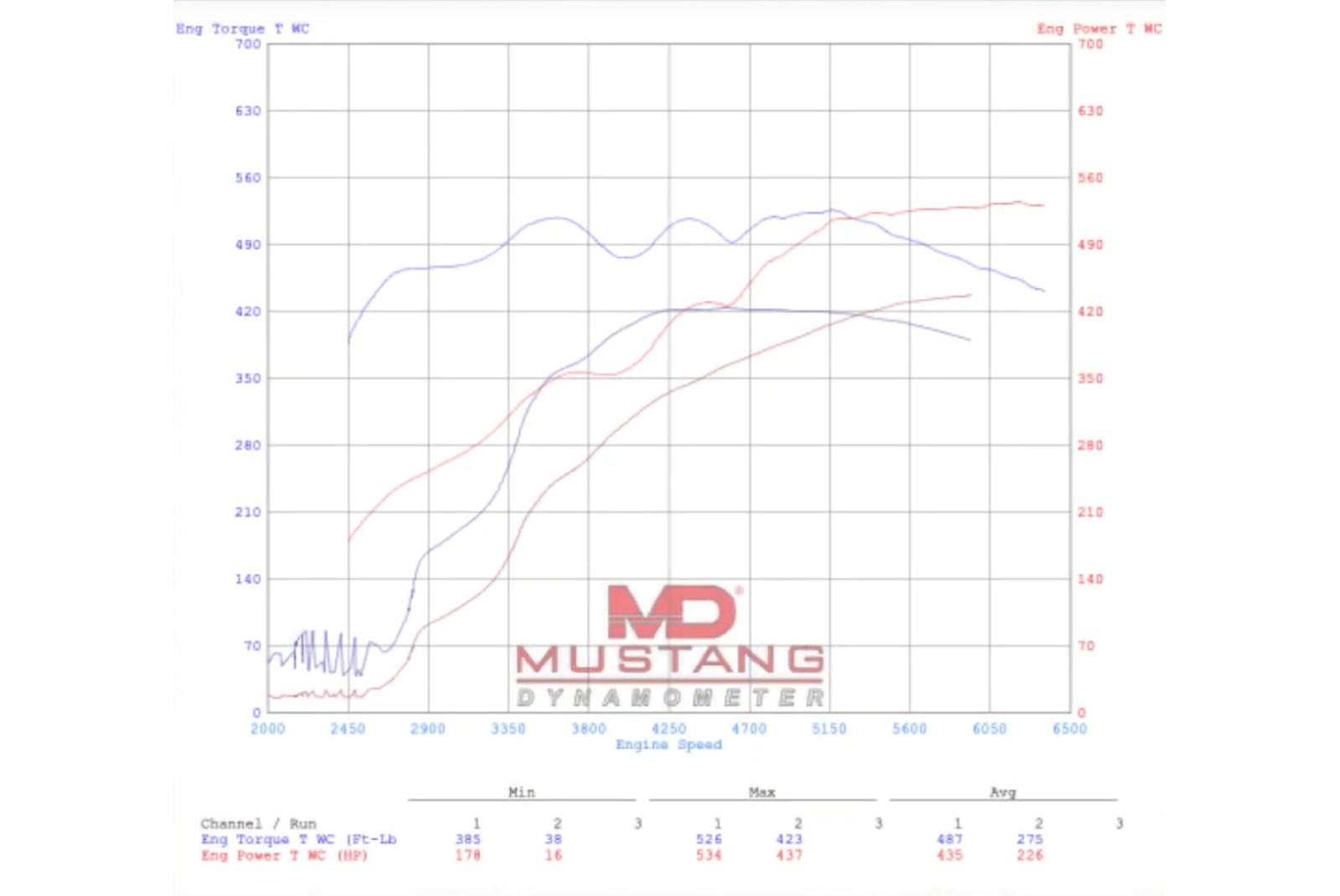