Hatchbacks were all the rage back in the 1980’s and 90’s but have since died down. Lately however, there’s been a resurgence in hatchbacks so much so that Chevrolet introduced the first ever Cruze Hatchback for the 2017 model year. Honda has also reintroduced the hatchback after a decade long hiatus with the 10th generation of the Civic. 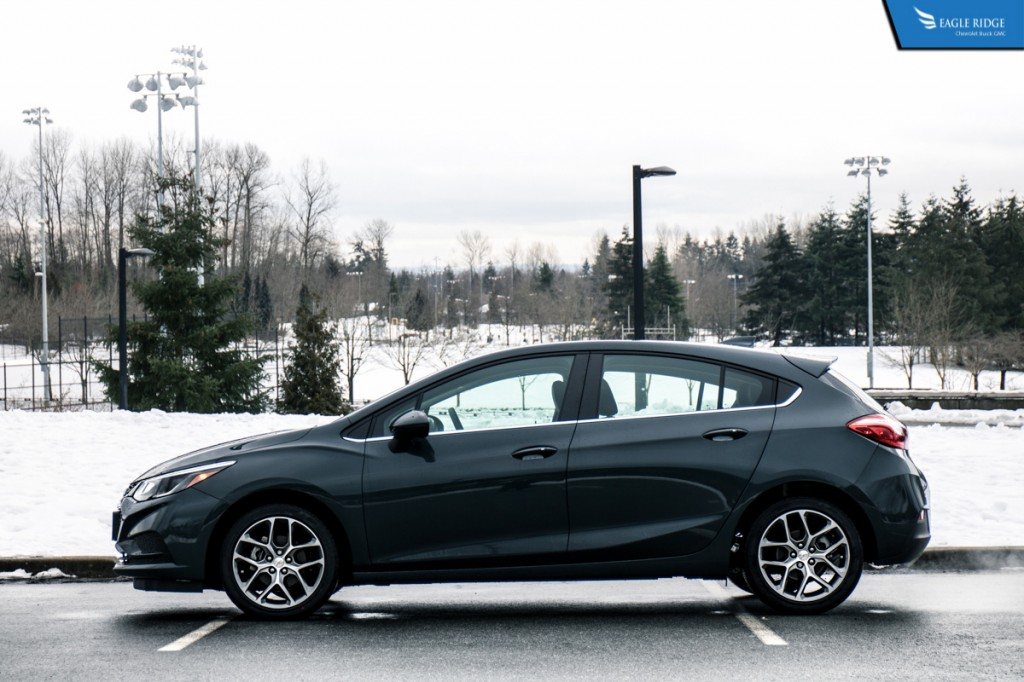 The list of similarities is not as long as one would expect from the two hatchbacks. Mechanically they both have small displacement direct injected turbocharged engines that burn regular fuel rather than premium. They are both front-wheel-drive with no option of all-wheel-drive and both come standard with 16” alloy wheels. Continuing on the outside, both vehicles have sporty touches with roof spoilers on the hatches and heated power mirrors.

Inside the cabins they are both pretty well equipped with standard features. Both are fitted with touch screens that have built in Apple CarPlay and Android Auto. Heated front seats, single zone climate control, cruise control, steering wheel mounted audio controls, and a backup camera are some of the convenience features that both vehicles come standard with. Of course you can spec up both of these vehicles to include navigation, sunroof, leather trim, countless driver aids such as blind zone alert and lane keep assist to just name a few. 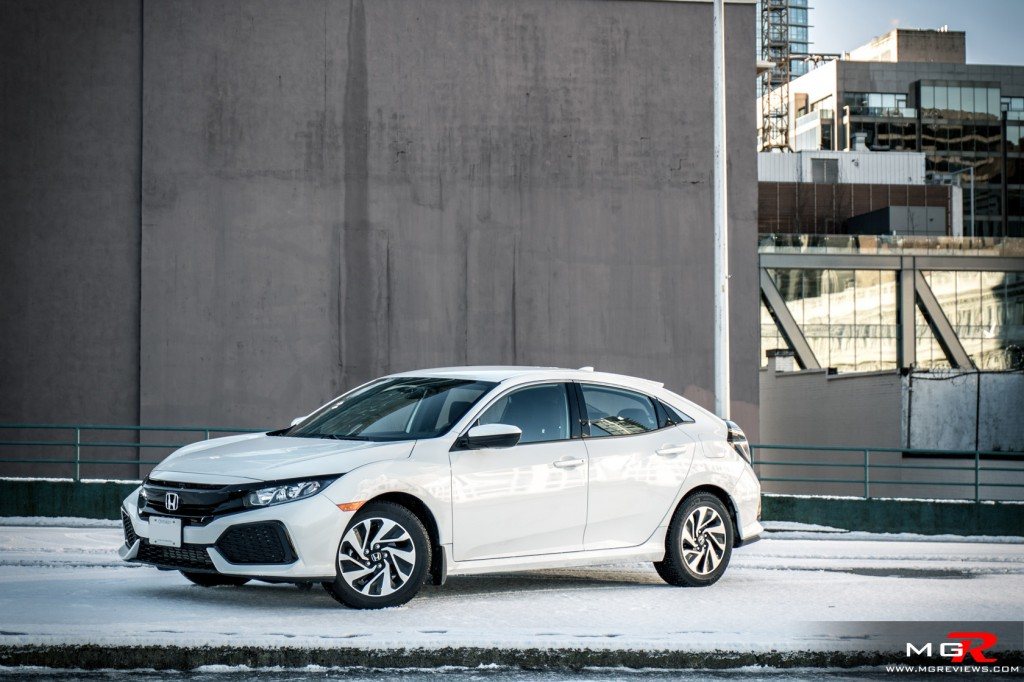 Although both vehicles share quite a bit of technology and convenience features, they are completely different in terms of looks, performance, cargo space, and, most importantly, price. 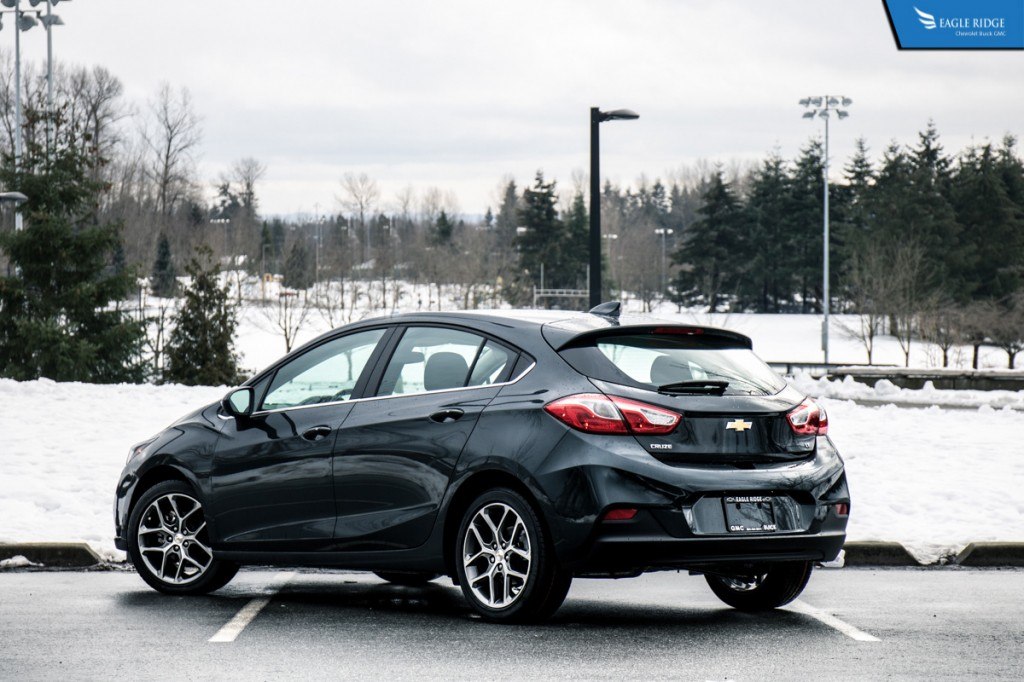 In terms of how they look on the outside, they couldn’t be any more different. The Chevrolet Cruze has a traditional hatchback look with an almost vertical back end. The Honda Civic on the other hand has a “Grand Touring” style hatchback design that resembles the Honda Accord Touring. On higher trim levels, the Civic is equipped with 18” wheels and sporty dual, center located exhaust. The Cruze is available with the RS package which adds a sporty body kit, a larger rear spoiler, and 18” wheels.

Inside each vehicle the differences continue with the amount of space that is available. With the rear seats folded flat, the Chevy Cruze just edges the Civic with 1,337L of cargo space compared to 1,308L for the Civic. Moving to the front, for the most part both vehicles have the same features available but they do trade off on others. For example, the Chevrolet Cruze is available with a heated steering wheel whereas the Honda Civic is not. But the Honda is available with dual zone climate control while the Cruze is only available with a single zone climate control. For the most part both manufacturers equipped each of their vehicles with technology and features that most consumers want in a compact hatchback. The big difference is how the interiors look and the different trim levels that those features are available on. 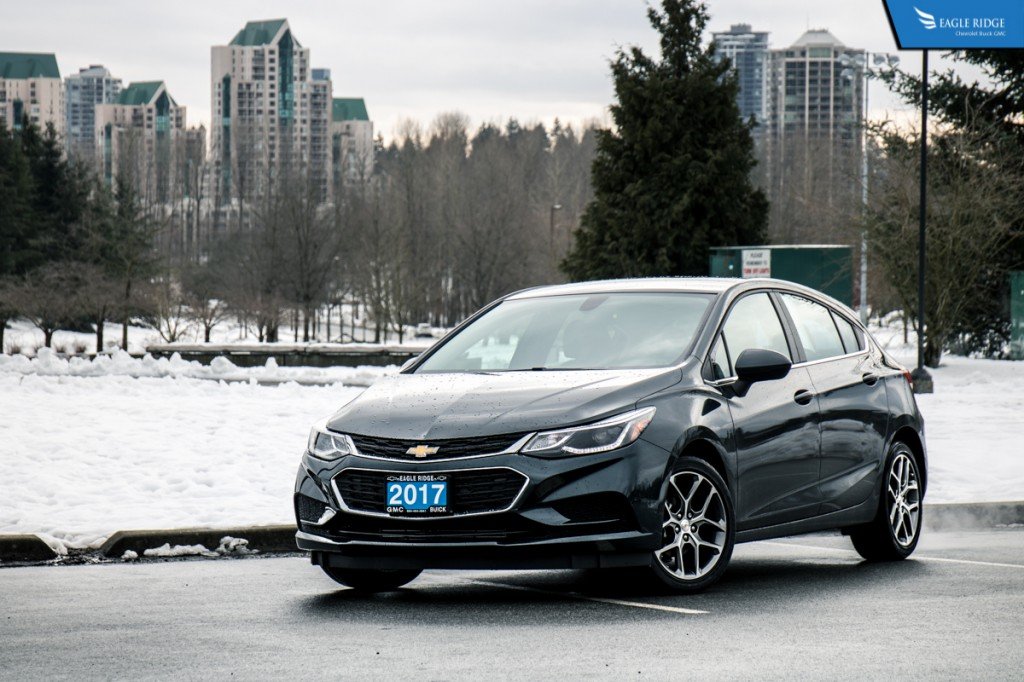 This is where these two cars further separate from each other. While they are both well insulated from exterior noises, the Chevrolet Cruze is a bit more quiet than the Civic. The Honda Civic pictured, is equipped with the CVT automatic transmission which has a tendency to hold the engine’s RPMs at a higher level while accelerating thus allowing for more engine noise inside the cabin. The Cruze does not have this problem thanks to the more traditional 6-speed automatic transmission. Also the Chevy Cruze is also equipped with start/stop technology that automatically shuts off the engine at stop lights to save fuel, but a “side effect” of that is a much quieter interior cabin. When going around corners they’re fairly evenly matched in terms of how fast they can go and how much driving enjoyment they offer.
Overall both vehicles are similarly equipped on the base levels but vary in features once you move up in the trim levels. The Cruze does edge out slightly if overall space is what you’re looking for and ease of accessibility. The design of these vehicles however is what really sets them apart. The Cruze is a more traditional hatchback whereas the Civic tries to look a bit more sleek. But the biggest difference between the two is the price. The Chevrolet Cruze Hatchback starts at $20,695 with the manual transmission and $22,145 with the automatic. By contrast, the Honda Civic Hatchback starts at $21,390 for the manual and $22,690 for the CVT automatic. That may not seem like a big difference in price but Honda does not offer 0% financing whereas Chevrolet does. 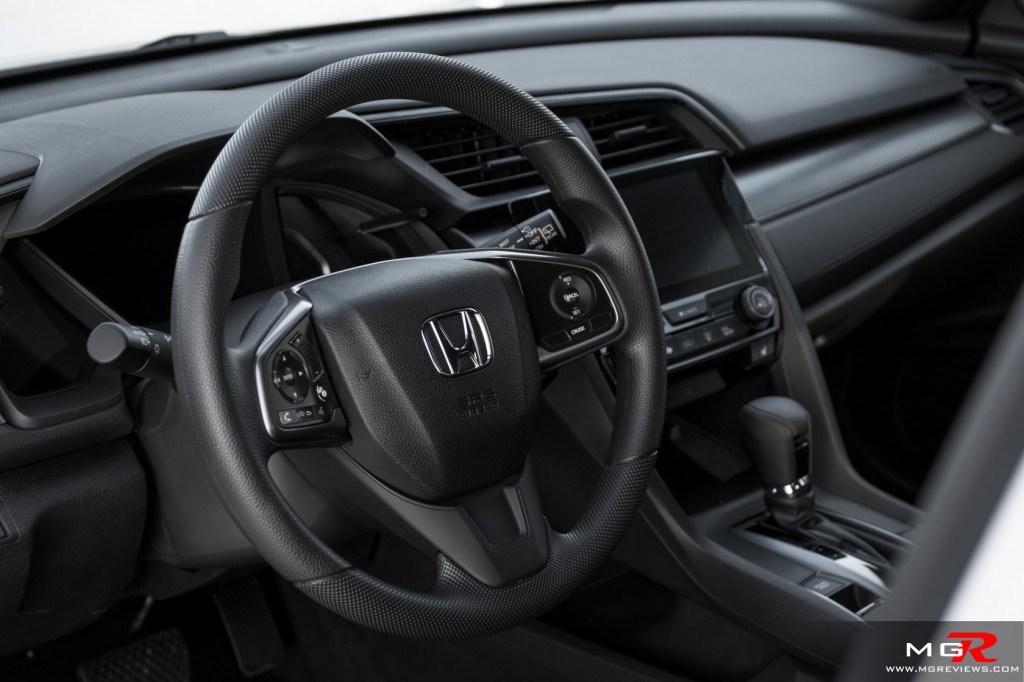 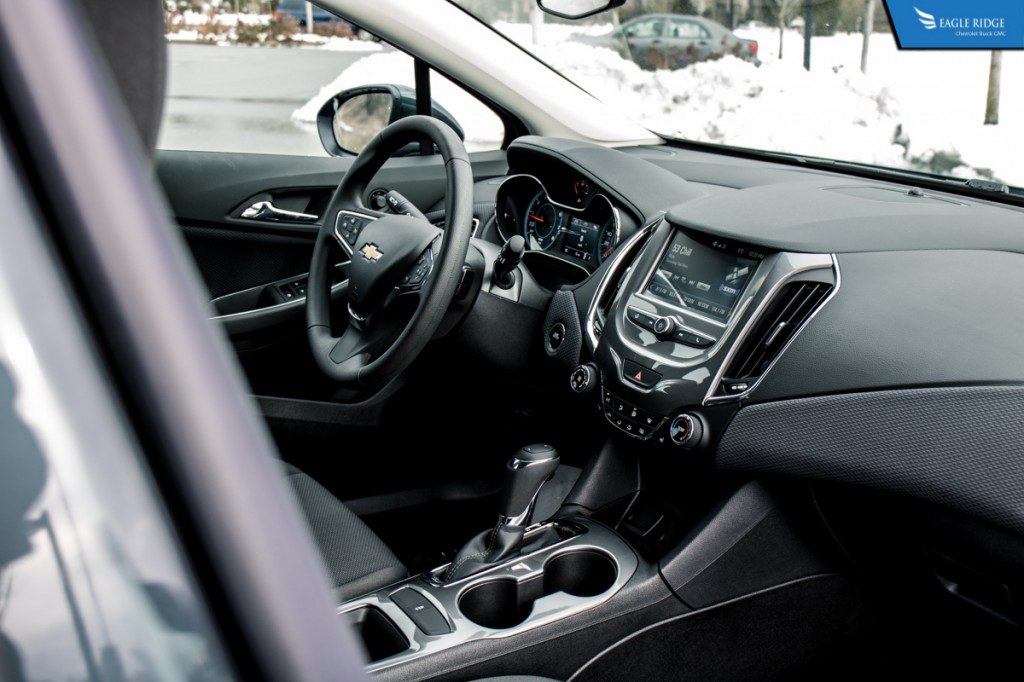