What are crate engines?

A crate engine is usually a fully assembled, ready to run motor that you can put into a project car. They’re usually called “turn key” because once it’s in the vehicle, all you have to do is turn the key and it’ll run. There’s no need for adjusting the timing, fuel, spark, etc. Other crate engines can just include the block, internal parts (pistons, crankshaft, etc), and the heads. All of the other auxiliary parts can be sourced from different places and installed when the engine goes into your vehicle. 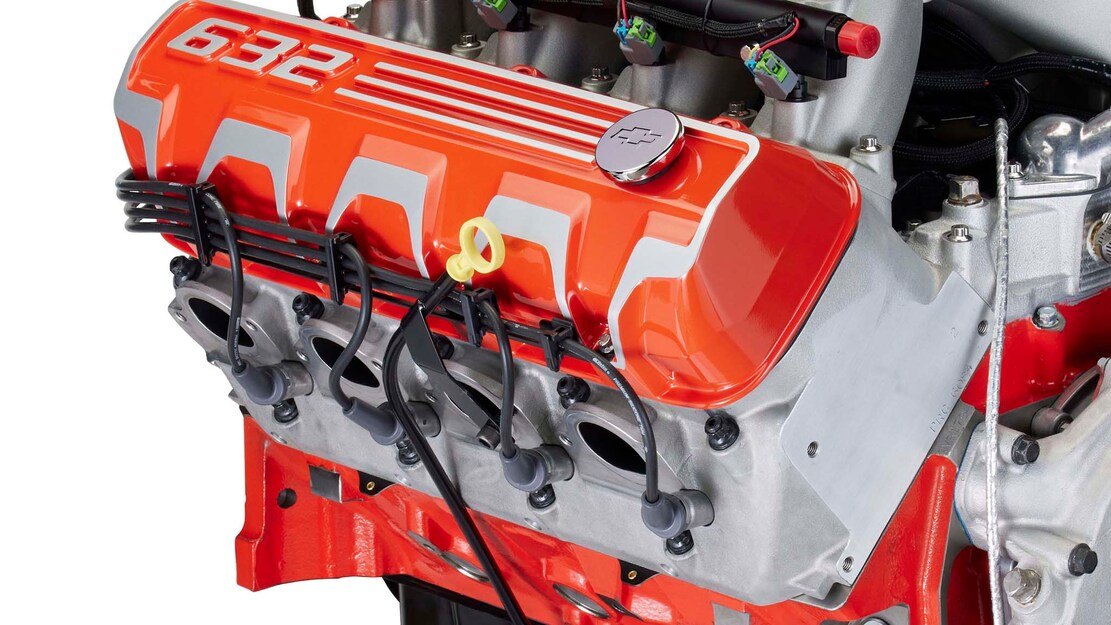 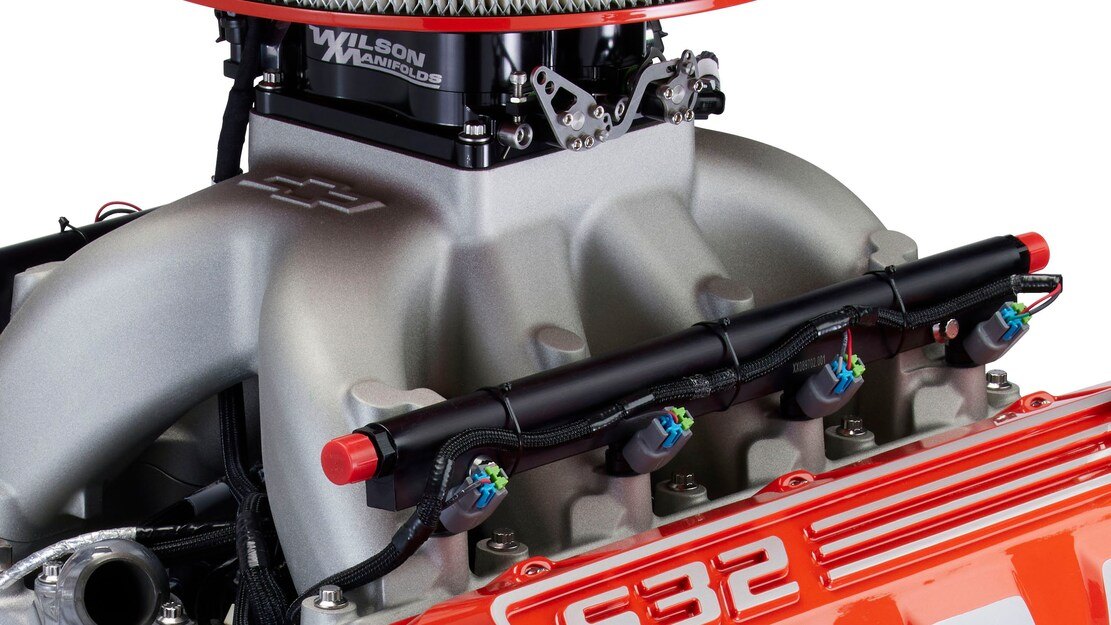 What makes the ZZ632 special?

The Chevrolet ZZ-632 is a big block engine. The difference between a small block and big block engine is the overall engine weight, larger bores, longer piston travel (stroke), and larger valves (among a few other things). But these are the biggest differences.

The ZZ632 reaches its 1,004 hp peak power output at 6,600 rpms. It has eight port fuel injectors with the air flowing through symmetrical intake ports. Each one was CNC-machined to be identical so that each cylinder receives the same amount of air. Fun fact, each cylinder in the ZZ632 has a displacement of 1.29 L which is more than the entire displacement of the 1.2L 3-cylinder engine in the Chevrolet Trailblazer. 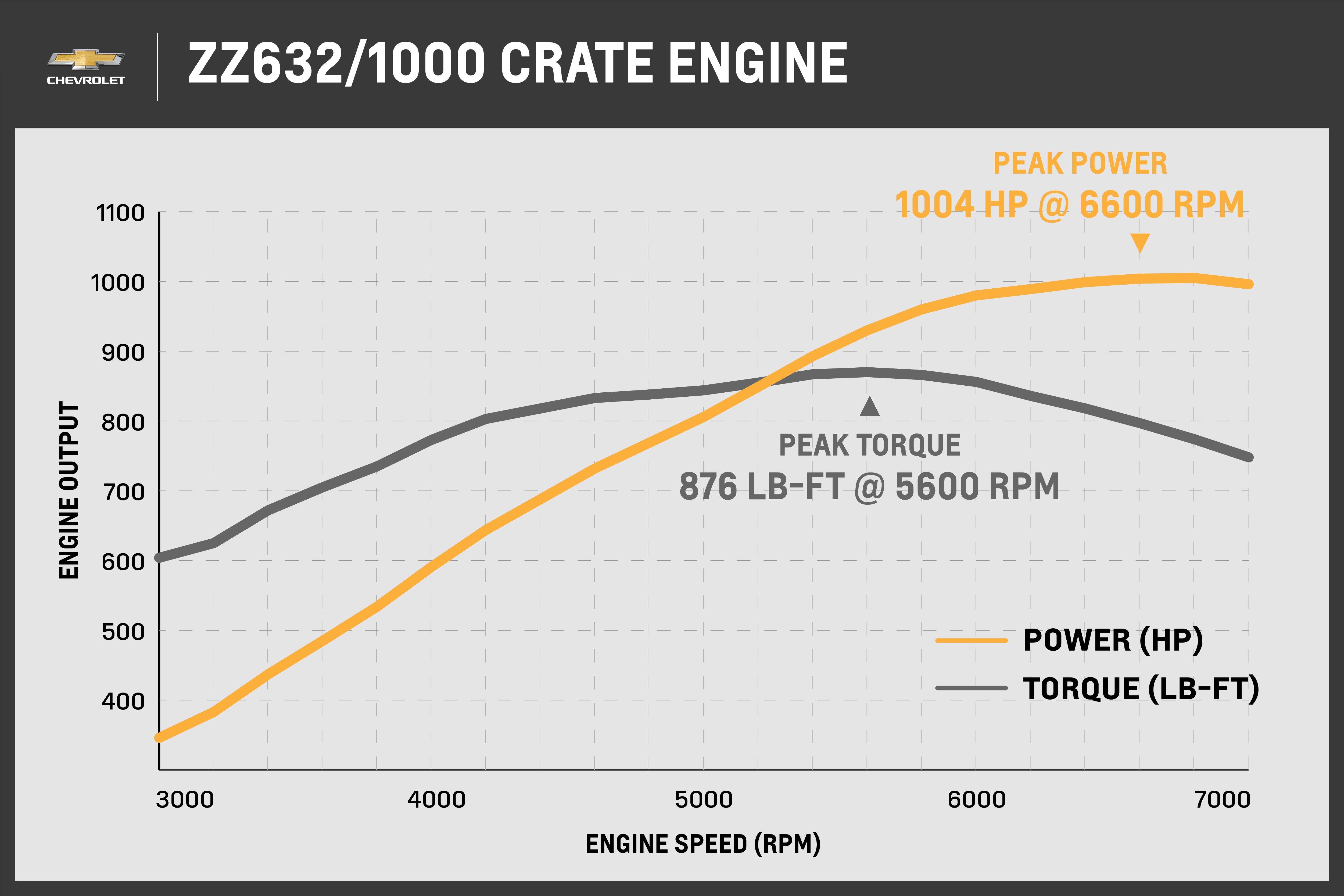 Why not supercharge a smaller engine?

While supercharging a race engine is common practice to produce more power, it produces some disadvantages to having a naturally aspirated engine. Chief among which is the parasitic draw of power that mechanical engines require. It requires some power to rotate the supercharger in order for it to produce more power. Superchargers also increase the complexity of the powertrain which not only increases cost but also increases the number of failure points. So supercharging may not always be the answer.