After a few days of suspense, Chevrolet Canada finally said the Volt’s $5,000 price reduction announced in the U.S. will also apply in Canada.

If consumers include provincial consumer credits, available in Ontario, Quebec and British Columbia, ranging between $5,000 and $8,231, pricing could start at $29,995.

“The lower price and cost savings offers Canadians the opportunity to own a Volt with an unmatched balance of technology, capability and cost of ownership,” said John Roth, vice president of sales, service and marketing for Chevrolet in Canada. “Starting at $36,895, the 2014 Volt will offer the same impressive list of features and more, but for over $5,000 less. In fact, since its launch in 2010, the Volt has seen an increase in battery range and the addition of creature comforts, such as standard heated seats and a leather-wrapped steering wheel in addition to Chevrolet’s MyLink infotainment system.” 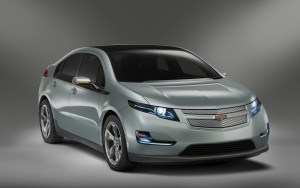 According to Chevrolet, the Volt continues to be the best selling plug-in vehicle in Canada, outselling all plug-ins and EV’s in 2012 combined, and is attracting new buyers to the Chevrolet brand. Canada’s large urban centres (Vancouver, Toronto & Montreal) continue to be Volt’s largest markets in Canada.  The Volt qualifies for access to coveted HOV lanes in these markets where available.

The Volt’s lower price also changes the comparative set of vehicles on popular auto information sites like Driving.ca, Autofocus.ca, Auto123.com, Wheels.ca, etc., where visitors to these sites can search for a new vehicle by type and/or prices. Chevrolet believes the Volt’s lower price will broaden its exposure to price-sensitive prospective buyers using these sites to search for a plug-in electric vehicle or a gas-powered alternative sedan.

The 2014 Volt will start to be available in Canadian dealer showrooms late this summer.  Chevrolet will introduce two new colors – Ashen Gray Metallic and Brownstowne Metallic for the 2014 model year – and a leather-wrapped steering wheel.