Chevrolet Takes the Cover Off the New Corvette C8.R 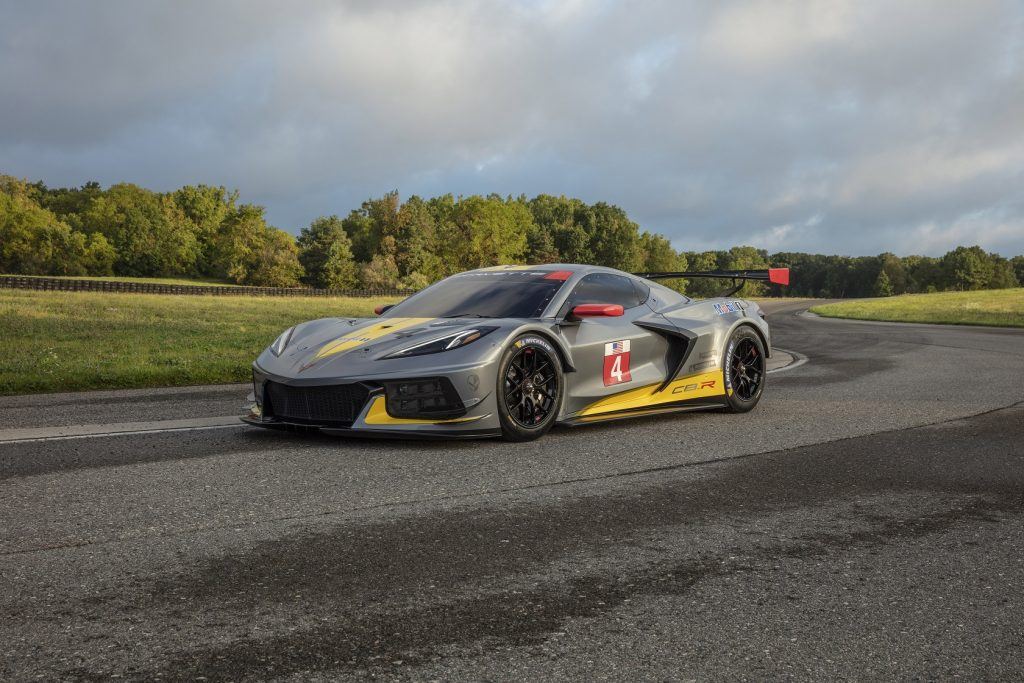 Trunk, hood, whatever you want to call it, behind the driver sits an all-new naturally aspirated 5.5L V8 with dual overhead cams and a flat-plane crankshaft. In compliance with the racing regulations, the engine is limited to 500 hp and 480 lb-ft of torque. Not bad for a car that should tip the scales at around 1,100 kg (no official weight has been announced). Mated to the engine will be a sequential 6-speed transmission supplied by Xtrac. It will not support the new 8-speed dual-clutch transmission that’s found in the road cars as this sequential gearbox can shift just as quickly but it weighs a lot less.

Chevrolet describes this new Corvette C8.R as “a clean slate” as it is the first full redesign since the C5.R made its debut in 1999. Normally race cars share very little with their road car counterparts. With this C8.R, the chassis is the same production chassis as the one in the road going C8 Corvette. Chevy says the new mid-engine platform provides superior weight distribution and aerodynamics over the C7.R’s front-engine layout. 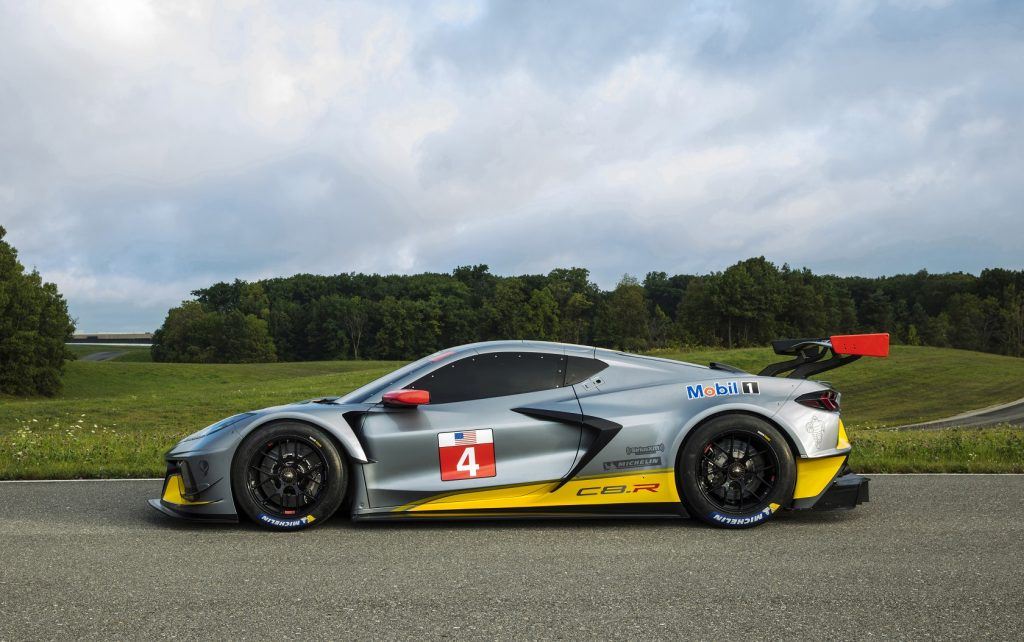 As per the FIA and IMSA rules (the governing body of the United SportsCar Series), Chevrolet will need to make at least 300 copies of this new engine for the road car version. At launch, the 2020 Chevrolet Corvette Stingray will come with a 6.2L pushrod V8 that produces 495 hp and 470 lb-ft of torque. This new 5.5L DOHC V8 will therefore either be a replacement for the 6.2L V8 or, more realistically, it will be the basis for the new Z06 variant of the C8 Corvette. From rumors earlier in the year and leaked CAD designs, the C8 Z06 is expected to have a new DOHC V8 with a couple of turbocharged bolted to it. Expect power to be north of the 650 hp that is offered in the current C7 Z06. 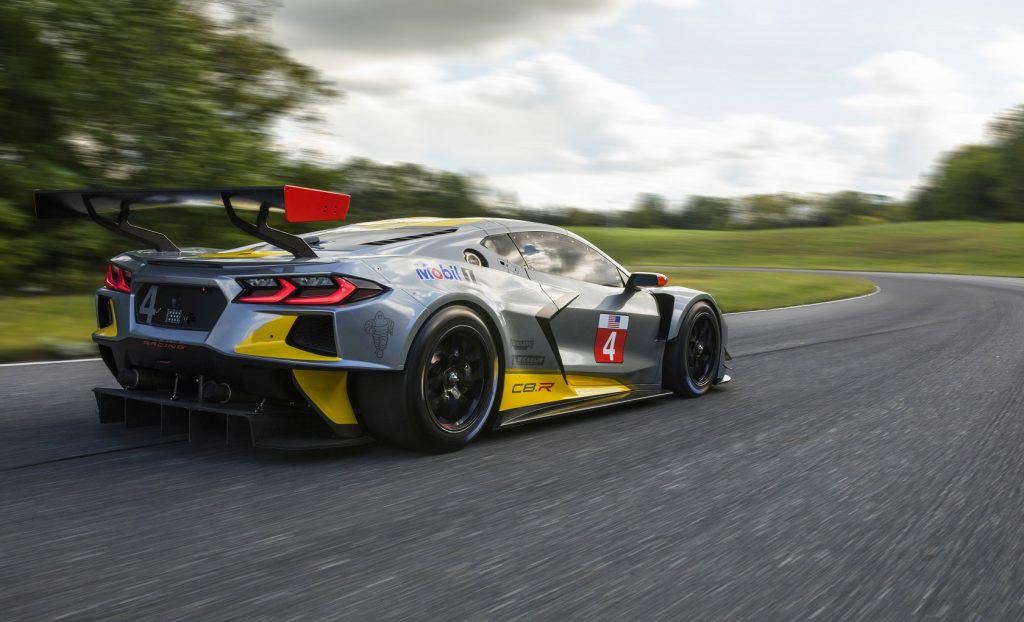 The new Corvette C8.R will make its racing debut at the Rolex 24 at Daytona in January 2020. 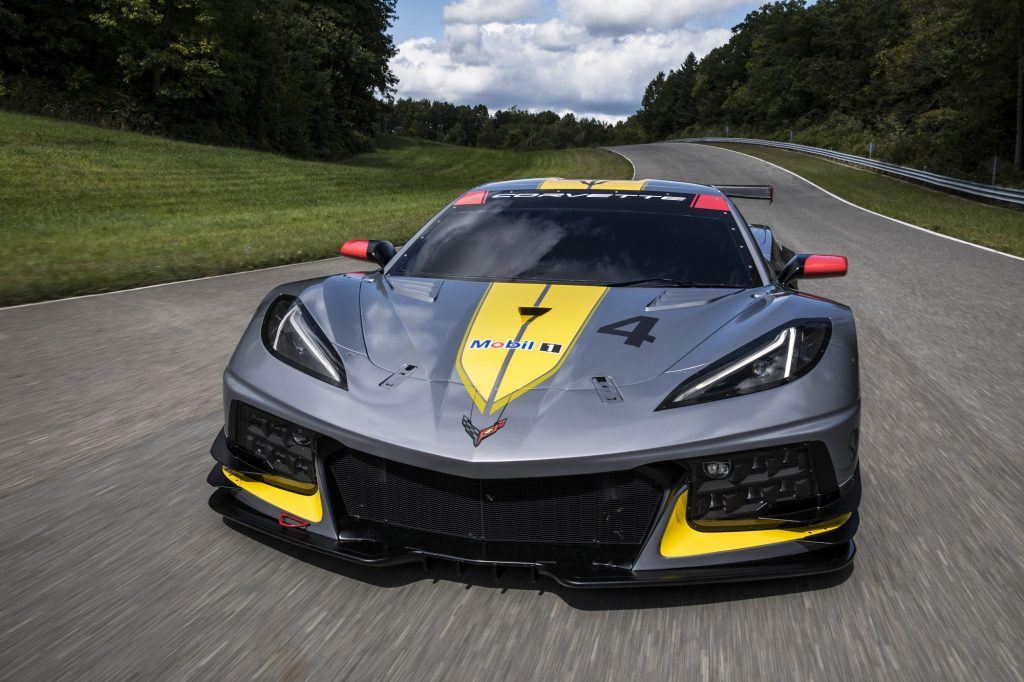 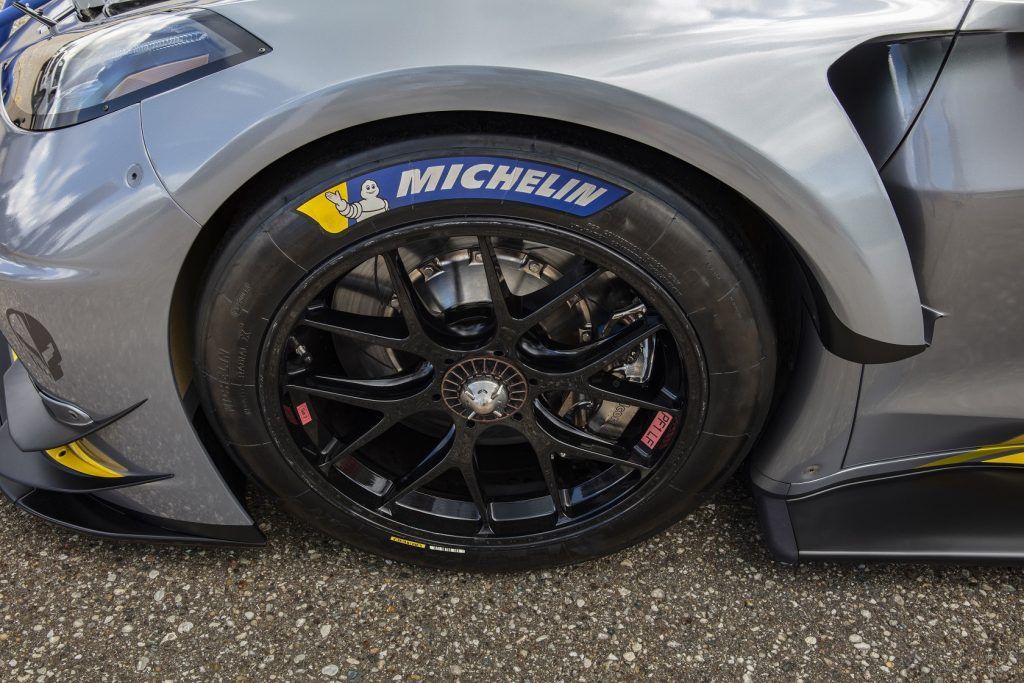 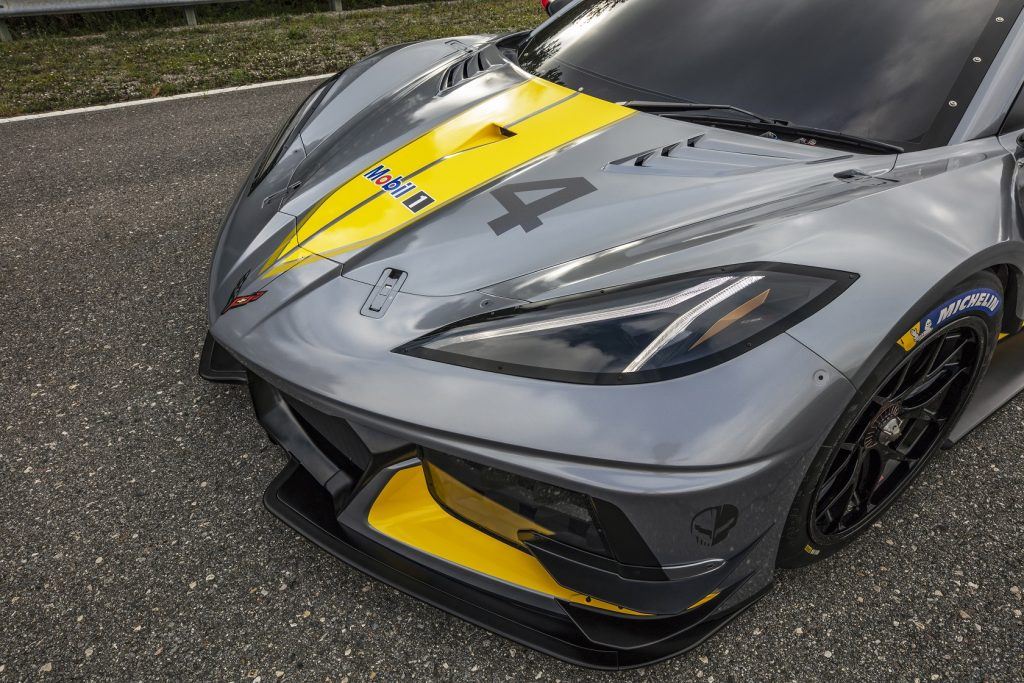 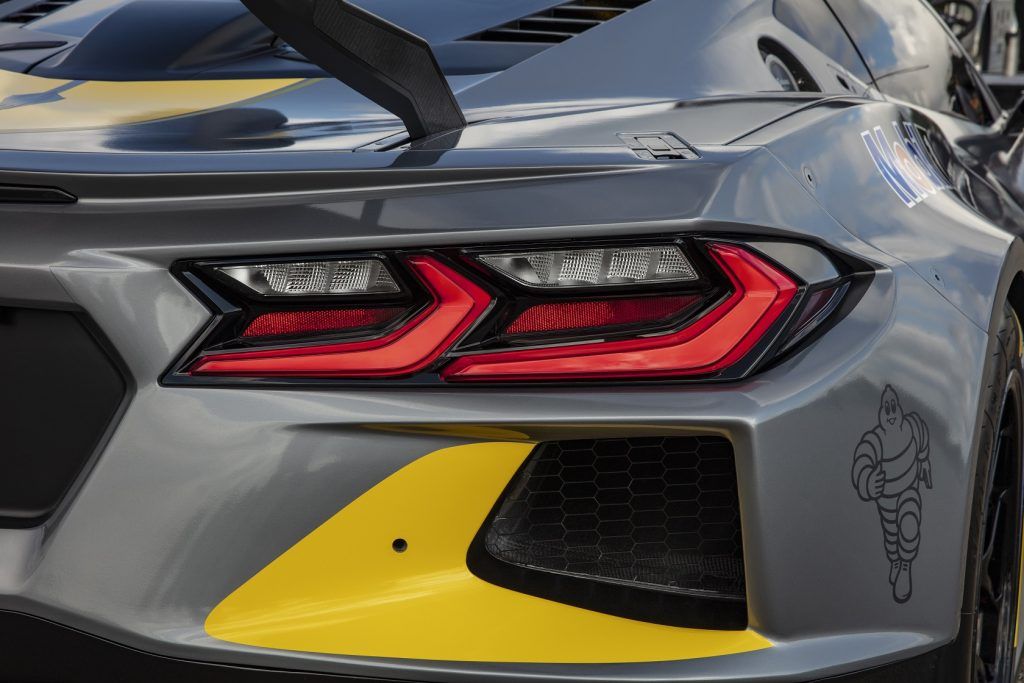