At this year’s Shanghai auto show, Chevrolet has unveiled the FNR-X Concept that showcases the design talents of their Asia-based design team.

The FNR acronym is actually Chevrolet’s slogan “Find New Roads” and it is a fitting name for this concept because it is based on an SUV platform. It will most likely never go into production but it is a look at the possibility of future designs that may end up on Chevrolet vehicles.

The front bumper is somewhat reminiscent of the Camaro ZL1 while the back has a more pronounced hatchback design that is similar on the current generation Cruze Hatchback. The front doors opens like any other door would but the rear doors open backwards for ease of entry. The dashboard features a prominent center touch screen while other displays on the center console and passenger side of the dashboard display climate and other controls.

Powering the FNR-X Concept is a hybrid powertrain that features dual operation modes. The V (Versatility mode) raises the suspension for better ground clearance and it’s self-driving system can maneuver the FNR-X over off-road terrain. In S (Sport mode) the suspension lowers and stiffens up, various body elements adjust for better aerodynamic efficiency, and even the blades in the wheels move to aid in efficiency.
As mentioned, don’t expect to see this roll into dealerships but the designs and technologies may end up on the next generation of Chevrolet vehicles. 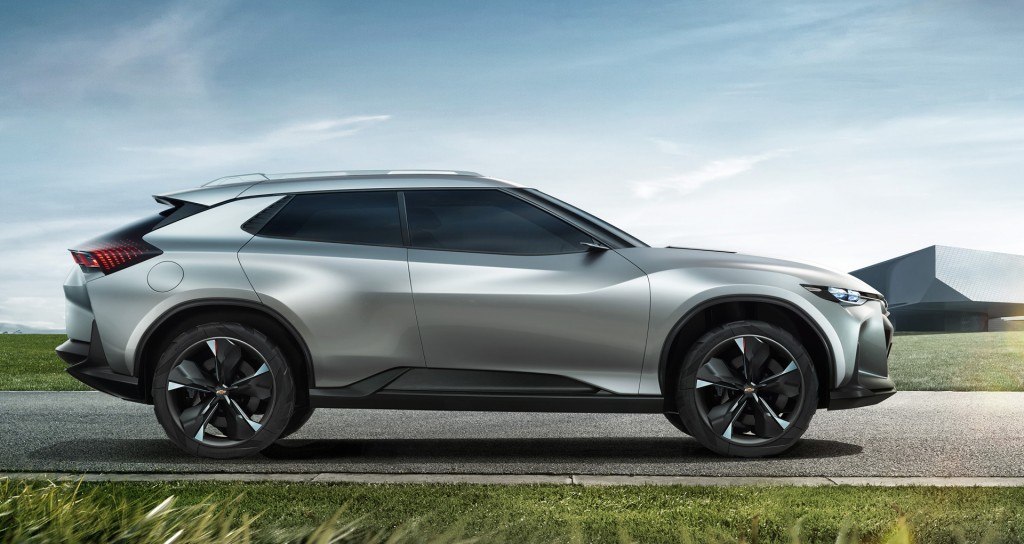 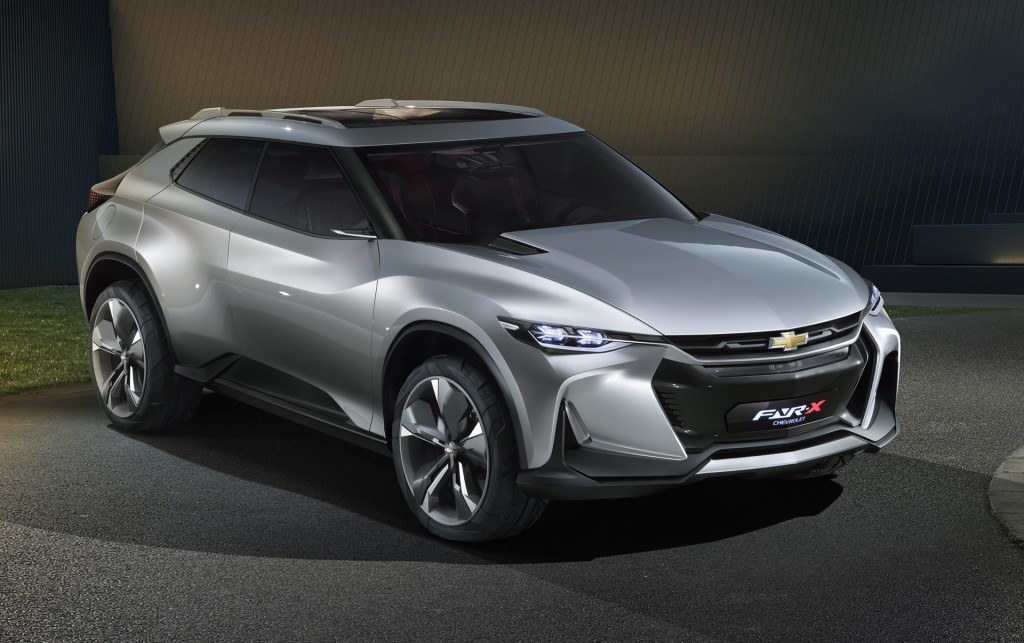 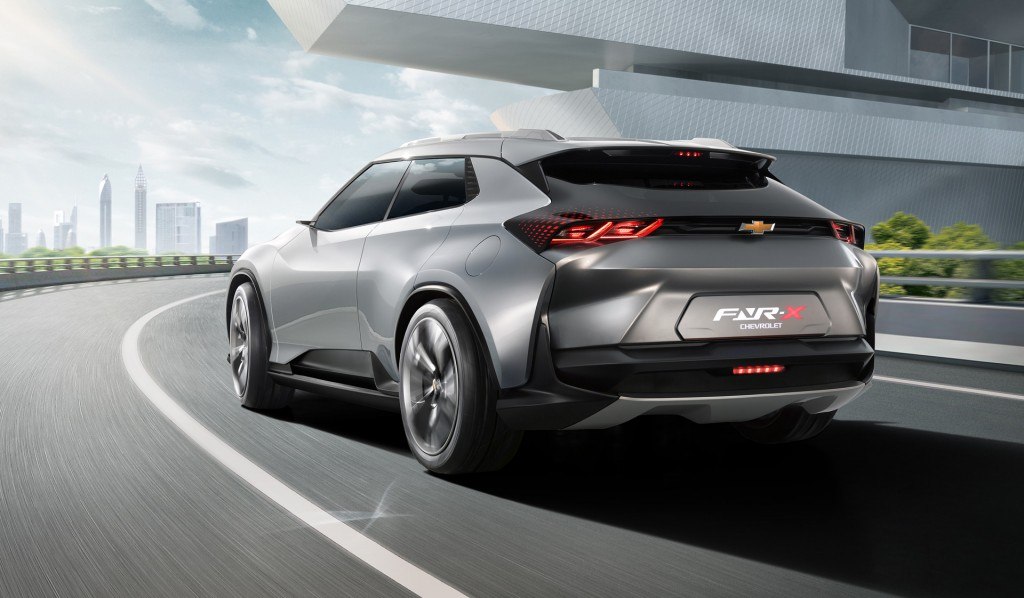 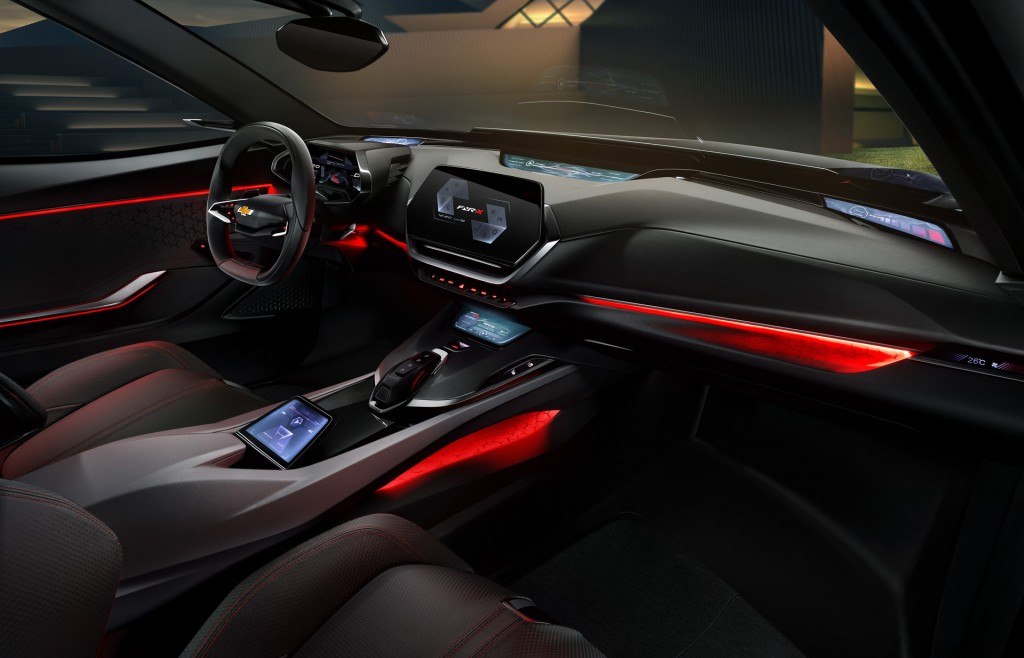