The current generation GMC Canyon mid-size pickup truck has been around since 2015. But in a very competitive truck market, it cannot keep up without updates. As such, it will be receiving a complete overhaul for the 2023 model year.

From what we know so far, it will still utilize the current GMT-31XX chassis but with a lot of revised updates. This new chassis will also underpin the Canyon’s sister truck, the 2023 Chevrolet Colorado. 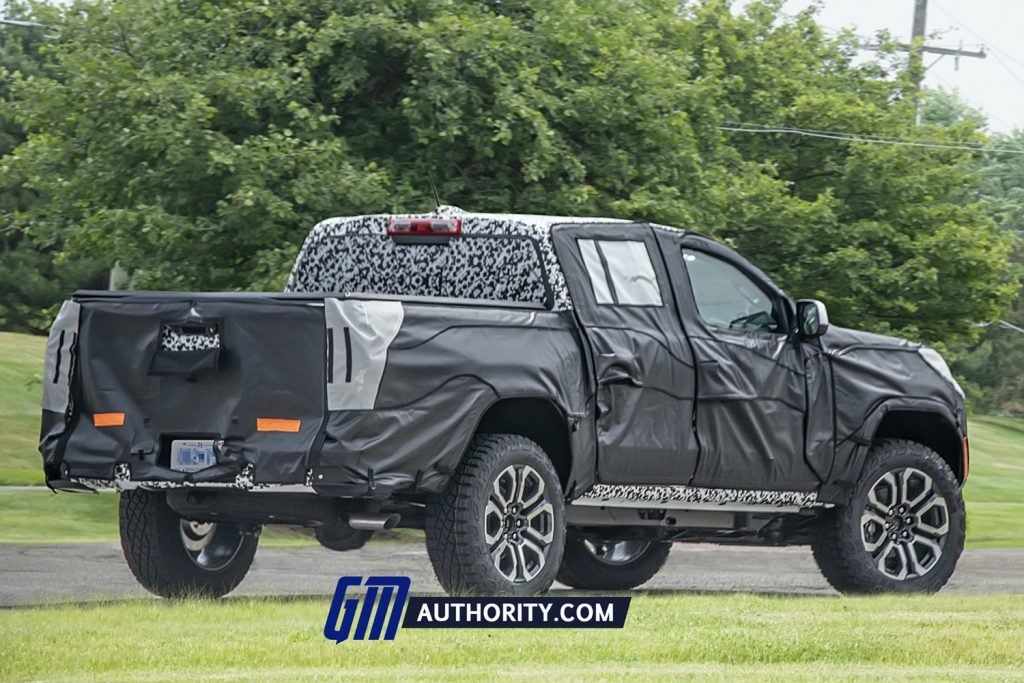 As for engines and transmissions, the new GMC Canyon will no longer be available with 3 engine options as it currently is. The 2.5L & 3.6L gasoline engines will be replaced by the 2.7L turbocharged 4-cylinder engine that is found in the current GMC Sierra 1500 & Chevrolet SIlverado 1500 light duty pickup trucks. This engine produces 310 hp and 348 lb-ft of torque. If the power & torque figures remain the same as in the light duty trucks, it will be the most powerful engine in the Canyon with 2 hp & 73 lb-ft more than the current 3.6L V6 engine. The 2.7L engine is paired with a 10-speed automatic transmission and will most likely continue to be paired with this transmission in the 2023 GMC Canyon. 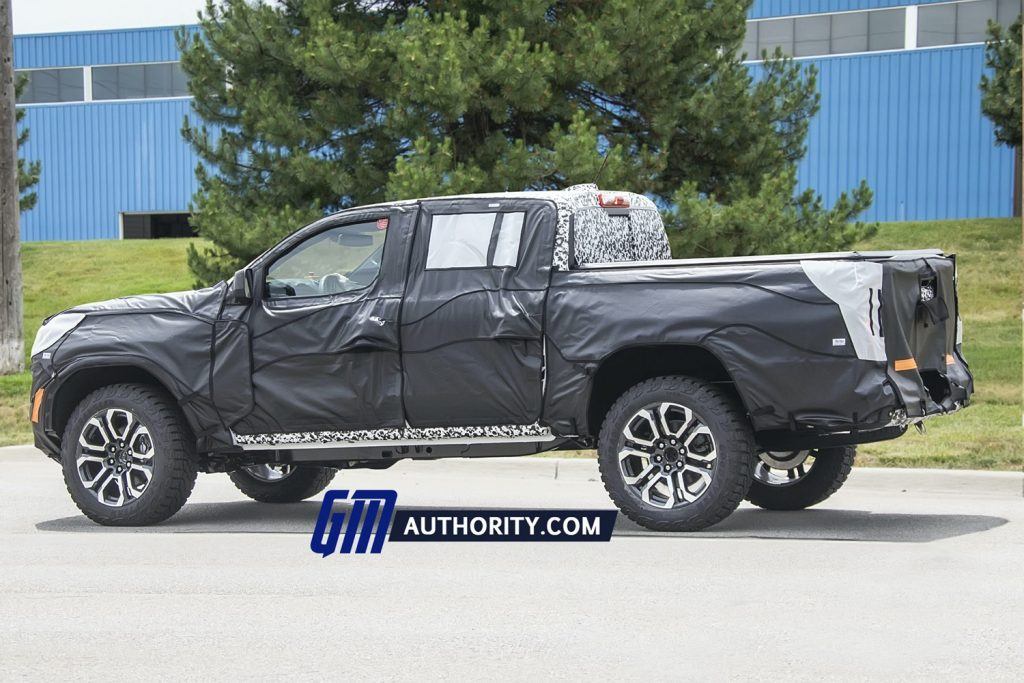 Unfortunately, the 2.8L “baby” Duramax diesel engine will no longer be available in this new generation of the GMC Canyon. It’s not confirmed why the Duramax will not be offered but some have speculated that it’s due to the eventual closure of the manufacturing plant in Rayong, Thailand where this engine is produced. It also makes sense that it would be discontinued if indeed the 2.7L engine will be the sole power plant. The new engine has almost as much torque but is more fuel efficient than the 3.6L V6.

Of course the new GMC Canyon will have revised interior and exterior styling with a lot of the latest infotainment & convenience features that are found in other GM trucks.

Pictured here is the off-road version of the new Canyon; the AT4. However, unlike the current version of the Canyon AT4, this new AT4 looks like it’ll be closer in performance to the current Colorado ZR2. From the spy photos, the new Canyon AT4 looks to have very prominent fender flares along with more aggressive Goodyear Wrangler Territory MT tires. We can also see that this prototype Canyon has no side steps and no chin spoiler for improved aerodynamics and fuel efficiency which leaves us to believe that it indeed is a more aggressive version of the AT4. 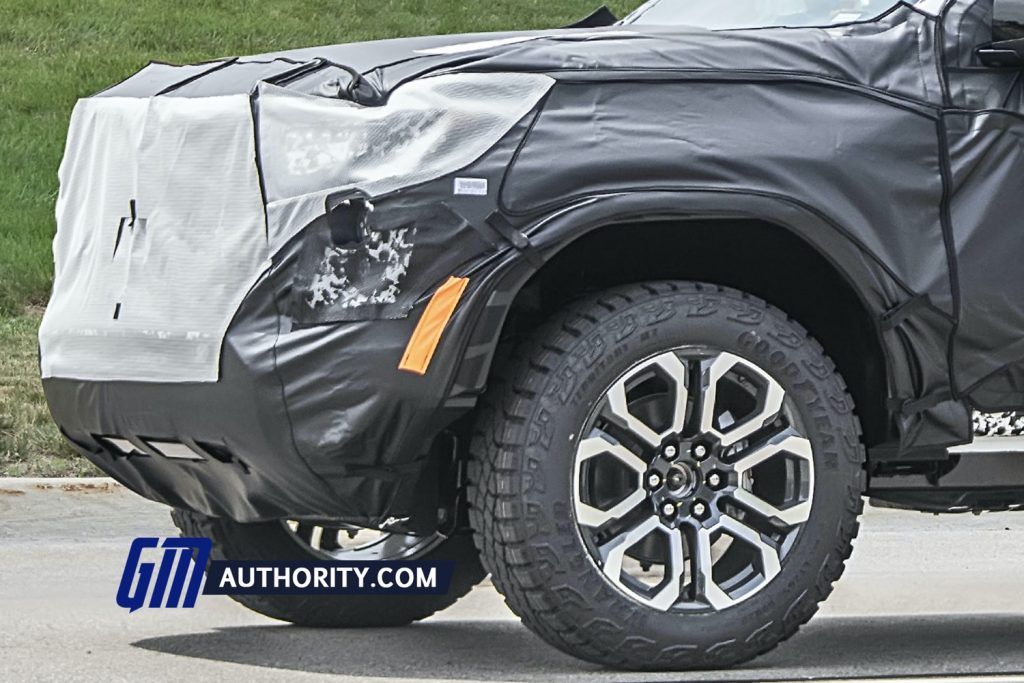