The Los Angeles Auto Show is one of the bigger auto shows that auto manufacturers take part in and showcase their latest vehicles and concepts. As fuel prices go down, the popularity of trucks and large SUVs is growing again and this year’s show saw a big increase in new and updated pickup trucks. One of those new trucks is the 2017 Chevrolet Colorado ZR2.

The Chevy Colorado ZR2 is 3.5 inches wider than a standard Colorado and sits 2 inches higher on new 17” wheels with 31” Goodyear Duratrac off-road tires. Underneath, the ZR2 is fitted with skid plates and side rails to protect the undercarriage. The front and rear bumpers have also been redesigned to allow for better approach and departure angles. The powertrain remains relatively unchanged with the same 3.6L V6 engine as found in the normal Colorado. Customers can also opt for an optional diesel engine that produces 181hp and 369 lb-ft of torque. The 4WD system in the ZR2 comes equipped with electronic limited slip differentials not only on the rear axle but also on the front axle that can be automatically controlled by the on-board computer or by the driver.

But the biggest change to the Colorado ZR2 and what makes it a cut above the rest of the off-road production trucks is the new suspension. It comes fitted with Multimatic Dynamic Suspensions Spool Valve (DSSV) dampers. Multimatic is a company that developes suspension for motorsports, primarily Formula 1, but more recently has had its suspension products fitted to the Mercedes-Benz AMG GT, Aston Martin One-77, Ford GT, and the 2014 Chevrolet Camaro Z/28. These new shocks that were developed for the ZR2 are lighter and stronger than traditional off-road shocks. They have three different profiles for better off-road and on-road capabilities to not only allow the truck to go faster but also keep the occupants from bouncing around excessively in the cabin.

Thankfully you don’t have to wait long for this truck because it is not a concept vehicle, this is a production vehicle. Chevrolet will announce pricing and availability early next year.

If you;d like to know more on how Multimatic’s DSSV dampers work, check out the article by MotorAuthority in the following link: http://www.motorauthority.com/news/1107315_multimatic-had-to-invent-the-shocks-for-the-chevrolet-colorado-zr2 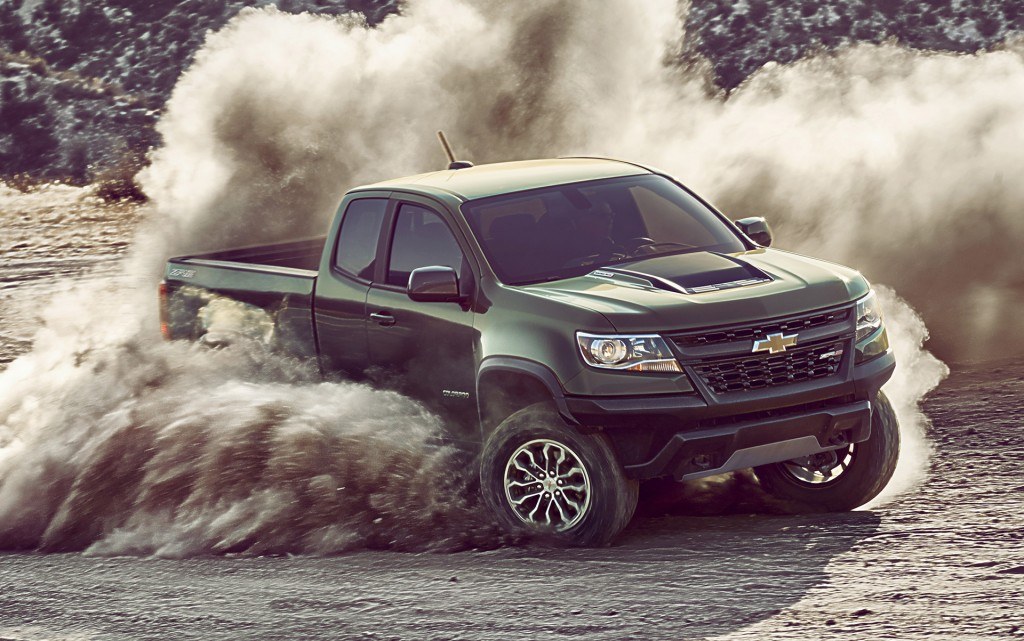 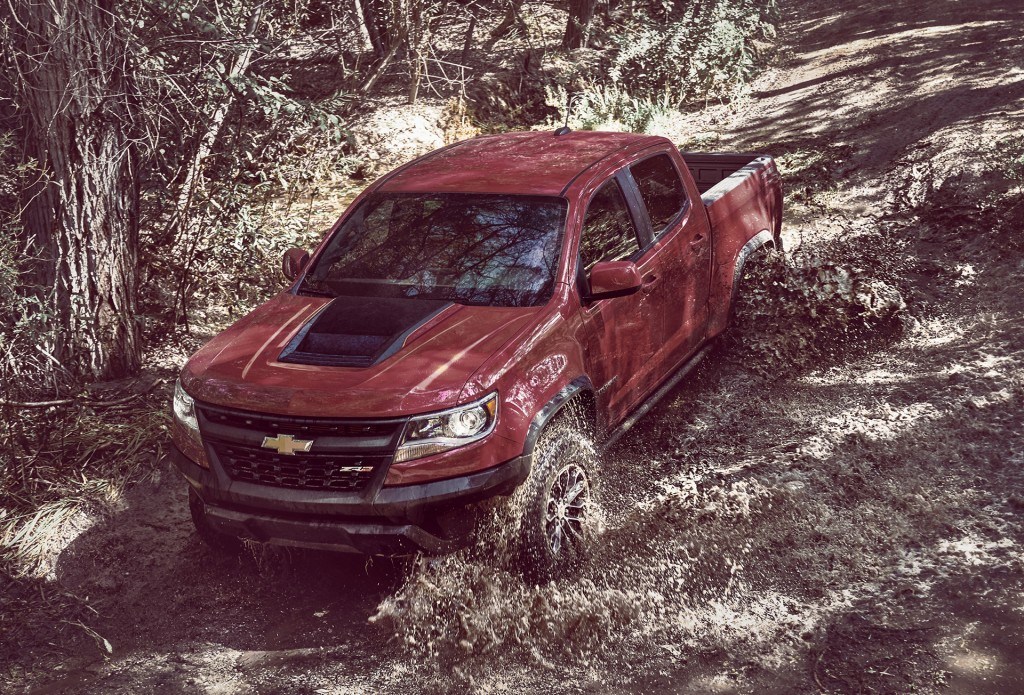 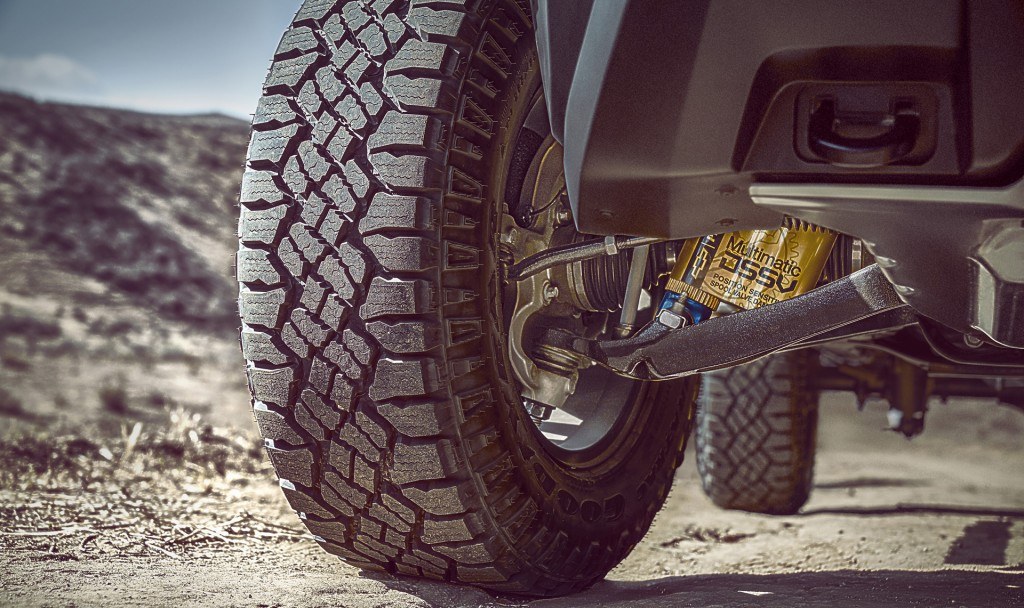 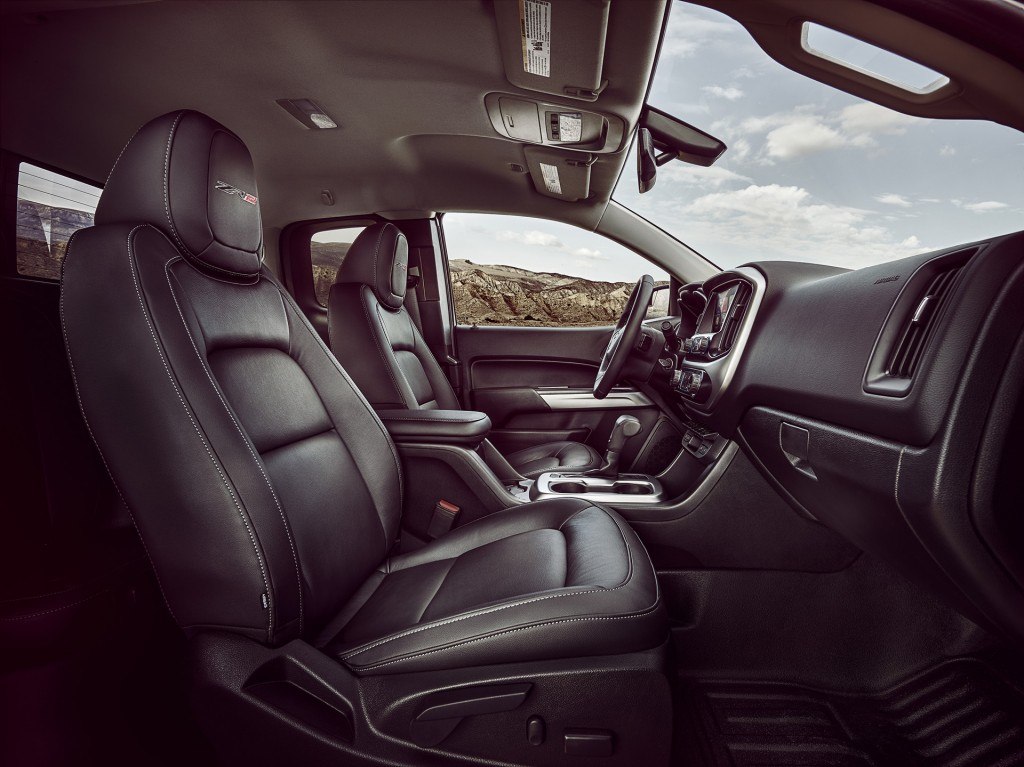